New England Patriots receiver Kendrick Bourne has provided a boost of energy throughout his first season with the organization, and did so again Sunday in a two-touchdown performance during a one-sided win over the Tennessee Titans.

Bourne’s performance then earned comparisons to a pair of household animals by his teammates.

Fellow wideout Jakobi Meyers compared the first-year Patriot to a cat given his ability to walk the tight rope down the sideline on his second touchdown catch. New England captain David Andrews, though, saw things a bit differently.

“Yeah, KB, he’s like the energizer bunny, man. I think he’s like a labrador, a golden retriever. I’ve had those dogs before, they’re just always happy. Even when you kind of correct them or get on to them, it’s ‘Alright, yeah, yeah, yeah. I’ll get it done,’ ” Andrews joked of Bourne after Sunday’s win. “So, yeah, KB’s been awesome. Loved having to work with him. He’s been a lot of fun to play with.”

Bourne caught five of the six balls thrown his way by quarterback Mac Jones for 61 yards and two scores. He was second on the team in receiving with Meyers finishing with 98 yards on five catches.

Bourne now has five touchdowns in 12 games this season. 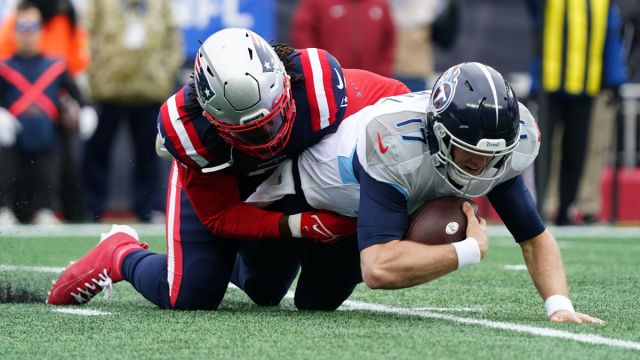 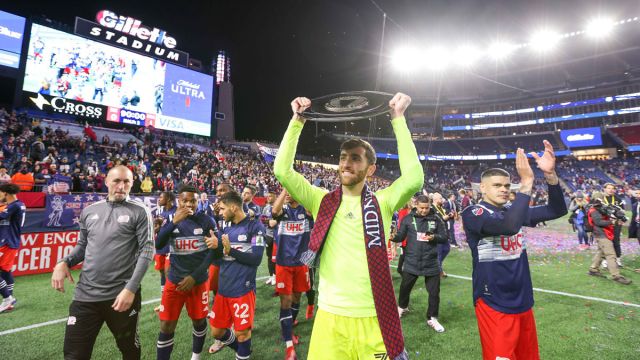