For a few years now, there haven’t been many super busy MLB free agency days.

So while the bar is low, expect Monday to be perhaps the craziest day of MLB free agency we have seen in some time.

Sunday saw an uptick in notable agreements, with Marcus Semien reportedly landing with the Texas Rangers and Max Scherzer apparently inching closer to joining the New York Mets. Still, many high-end players — Trevor Story, Carlos Correa and Kyle Schwarber among them — have yet to reach an agreement on a contract.

It’s looking like there will be a lockout beginning Wednesday, Dec. 1. Once the lockout begins, players cannot sign contracts, meaning anyone without a deal by then will be waiting indefinitely. From a pure peace of mind standpoint, players nor teams want that, so a flurry of moves is expected Monday.

While agreements could be reached Tuesday, as well, New York Post MLB Insider Joel Sherman explained why Monday, in particular, will be so busy.

“There is expected to be a frenzy of moves today,” Sherman tweeted Monday morning. “In words of 1 executive today will be ‘bananas.’ Because physicals and contract language needs to be finalized (before) potential lockout midnight Wed into Thurs, today is seen as close to a deadline to finalize deals.”

So, strap in. A busy day could be awaiting baseball fans. 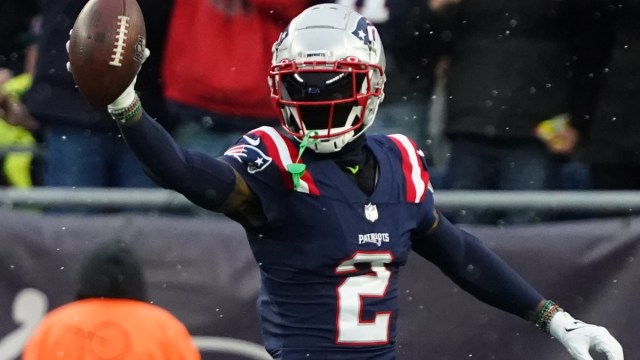 Why Jalen Mills Is Patriots’ Defensive Version Of This Offensive Standout