This year’s Army-Navy football game looks like a blowout on paper, but nothing can ever be taken for granted when the two service academies face off on the gridiron.

Even if the game turns into a one-sided affair, though, you can up the tension and show your knowledge while competing for a great prize by playing NESN Games’ “College Football Challenge”!

Simply make your picks in seven key numbers for a chance to win a $50 Amazon gift card.

Here’s what you’ll need to pick: 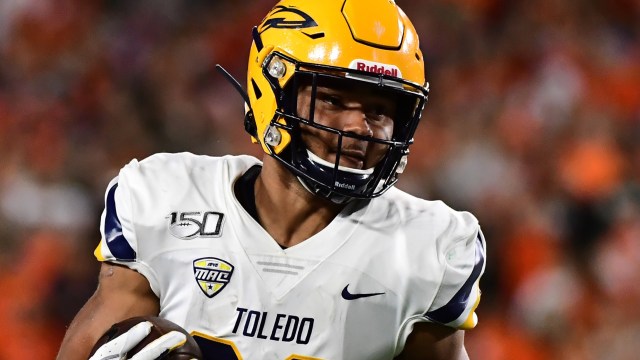