If you were to suggest there would be no touchdowns scored in the first half of the College Football National Championship, you would’ve sounded crazy. But that’s exactly what happened.

The top-seeded Alabama Crimson Tide and No. 3 seed Georgia Bulldogs hit the field at Lucas Oil Stadium for Monday night’s final showdown and both defenses were on full display.

Neither Alabama nor Georgia were able to find the end zone during the first 30 minutes of the game as the Crimson Tide carried a 9-6 lead into the locker room. Alabama nailed the first field goal of the contest, but Georgia hit the last one before halftime.

It’s not surprising that both team’s defenses came ready to play, but it still was significantly more than expected. To put it into context, DraftKings Sportsbook had the over/under set at 52 1/2 and with just 15 total points scored in the first half they were well below pace. The number seemed like a pretty fair call — especially with the two teams combining for 65 points in the SEC Championship — but things seem to have changed.

Georgia actually almost scored a touchdown on a potential fumble by 2021 Heisman winner and Alabama quarterback Bryce Young, but it was called back leading to some wondering if the correct call actually was made.

All in all, the National Championship didn’t begin as expected. 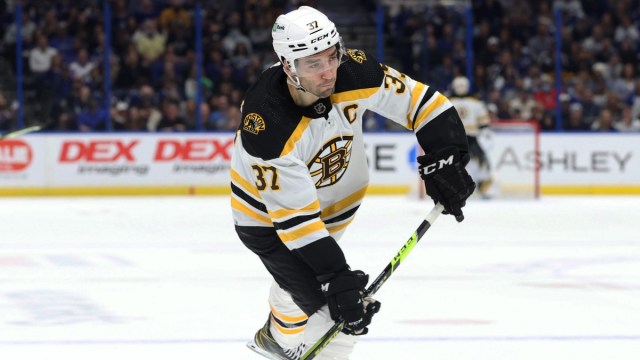 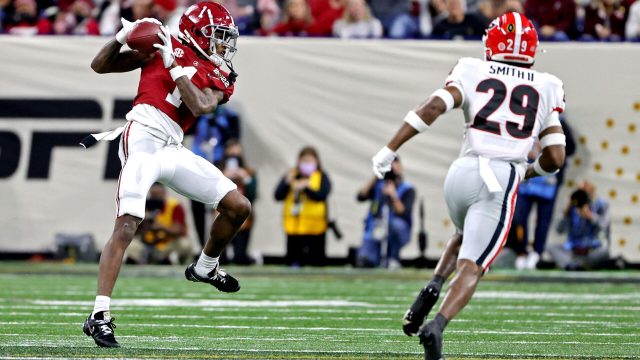 Jameson Williams Helped Off the Field in National Championship