Bruce Cassidy tinkered with Boston’s lines entering Saturday’s game against the Buffalo Sabres, and despite a slow start from the hosts at TD Garden, the Bruins were able to earn a 4-3 comeback win with three unanswered goals.

It just so happened that a handful of players the Bruins had been needing to see more from also made their impact, with goals coming from each of Boston’s top three lines. Craig Smith, who changed to the first line with Patrice Bergeron and Brad Marchand, scored the first goal of the game, while second-line winger Taylor Hall broke a 10-game goalless streak and third-line forward Nick Foligno scored the first goal of his Boston tenure.

Charlie Coyle, who Cassidy said needed to gain more reps after missing time due to COVID-19, was dropped from the second line to the third. Coyle also scored for the Bruins, putting the game away in the 3-on-3 overtime.

Still, Cassidy made tweaks in hopes of getting offensive contributions from up and down the lineup, and that’s just what he received Saturday when the B’s took the ice for their first game since Dec. 16.

“When you get results, obviously you feel you’ve made the right decision, and when you don’t then you’re always gonna sort of look back at it,” Cassidy said during a video conference after the win. “And that’s usually the short term, and then you typically — we’ll get on a plane now head to Detroit, I’ll watch the game again and see who was generating, how the communication was, the support.”

Cassidy offered his outlook on a few of Boston’s goals, which he discussed positively.

“… But I guess I liked the second goal because Jake DeBrusk skated and attacked the D — something we had addressed a couple of times tonight about attacking Buffalo’s (defense) and Nick (Foligno) stops in front. That’s where he’s going to score goals,” Cassidy added. “He (Foligno) had some good looks on the power play there tonight, hit a post, had one a little off net so good for him for sticking with it.

“The (Taylor) Hall goal is a good job by Erik Haula driving the net, starts with some good D zone, structure was good, they win a puck back, the D gets it forward. We have a good attack, support and, again, structure. So Taylor’s got to execute the shot,” Cassidy continued. “First goal is top of the crease, (Craig Smith). We talk about that a lot, making sure we have a net presence, especially against Buffalo’s D. They’re not the biggest group so we should be able to get some inside position, and he’s able to do that.

“So on the surface, some positive results, took a little while but, again, two goals, greasy goals from the net front, and another one with a nice attack,” Cassidy said. “So good for the guys. See how it works out tomorrow.”

The Bruins will take on the Red Wings in Detroit on Sunday afternoon, and it’s certainly possible Cassidy dissects the film and then opts to deploy similar lines as those Saturday given the success. 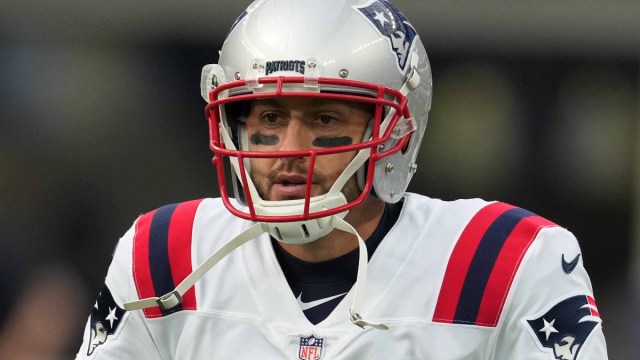 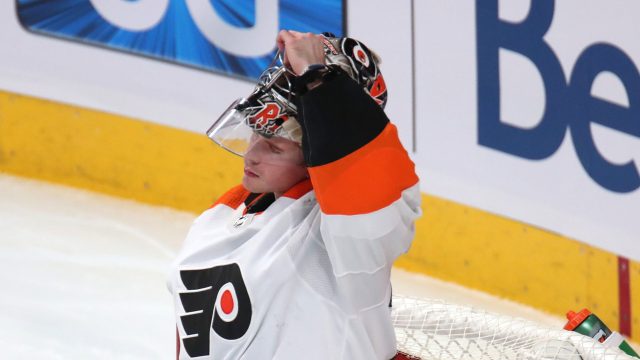 The Flyers have activated Carter Hart from COVID-19 protocols