Tom Brady Vs. Jimmy Garoppolo For All Marbles? We're One Game Away Skip to content

The San Francisco 49ers officially are one win away from the Super Bowl.

San Francisco punched its ticket to the NFC Championship Game on Saturday night with an upset win over the No. 1 seed Green Bay Packers and will travel either to Los Angeles or Tampa Bay to take on the Rams or Buccaneers depending on how their showdown shakes out Sunday.

It would be extremely spicy if the Buccaneers were to prevail over the Rams.

If the Buccaneers also advance that would set up an NFC Championship Game that featured a quarterback matchup of Tom Brady vs. Jimmy Garoppolo.

The duo obviously spent time together in New England with the Patriots and the drafting of Garoppolo reportedly also irked the seven-time Super Bowl champ. Patriots head coach Bill Belichick ultimately traded Garoppolo to the 49ers, but there’s plenty of history with these two.

Plus a trip to the Super Bowl on the line? You’d be hard-pressed to find a story like this in Hollywood.

Brady and Garoppolo never have faced off in an NFL game in their careers but all that could change if Tampa Bay is able to down the Matthew Stafford-led Rams on Saturday. Kick off is scheduled for 3 p.m. ET at Raymond James Stadium. 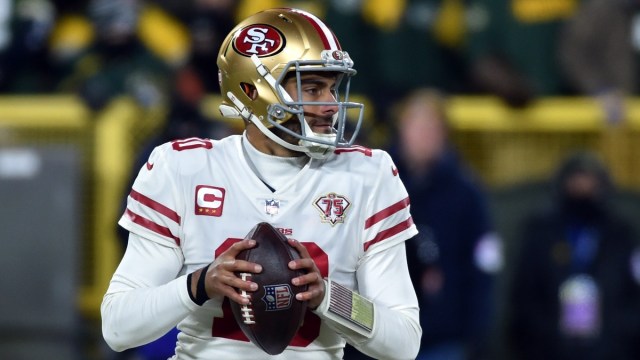 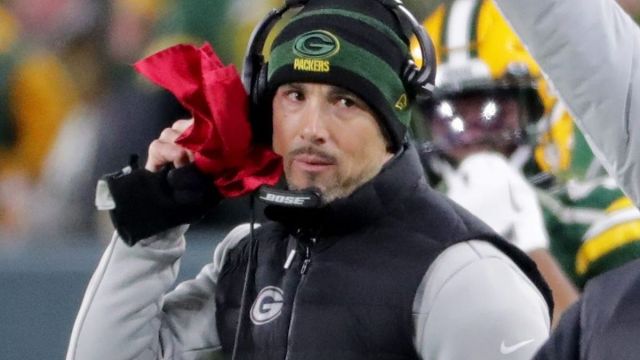