Mac Jones certainly made his presence felt in his first career Pro Bowl.

The New England Patriots quarterback accounted for a touchdown in the AFC’s 41-35 win over the NFC, but it was a score that didn’t count that yielded Jones the most attention in Las Vegas. After a 70-yard sprint at Allegiant Stadium, Jones hit a Griddy celebration in the end zone that drew a widespread reaction across the sports world.

The dance might not have been Jones’ idea, however. As a mic’d-up clip from NFL Films revealed, Patrick Mahomes planted the idea in the rookie signal-caller’s head before the star-studded exhibition.

“You gotta swag it out at the end. You Griddy out there, that place is goin’ nuts,” Mahomes said. “I don’t know how to Griddy. I tried like eight times. I’m like, I can’t figure it out. Gonna have to just run by people when they do it just, ‘Yeahhhh!'”

Ja’Marr Chase, who helped make the Griddy reach massive popularity, gave Jones a solid review for his Pro Bowl dance. But it probably will pale in comparison to the one the Cincinnati Bengals wide receiver busts out if he puts up six Sunday at SoFi Stadium. 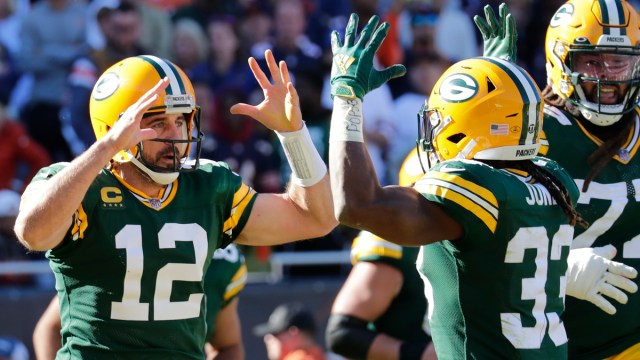 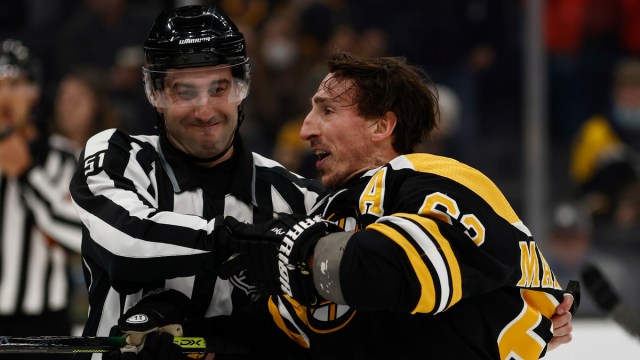