Before the start of the 2022 season, NESN.com is evaluating several noteworthy prospects in the Boston Red Sox organization, using insight and analysis from industry experts to gauge each player’s outlook for the upcoming campaign. Next up: Jeter Downs.

Jeter Downs is one of the most intriguing prospects in the Red Sox system, considering he could be on the verge of his major league debut if not for a slow 2021 season upon his arrival to Triple-A.

In 2022, Downs will have to find a way to get back on track and restore his status as one of the top prospects in the organization.

Here’s everything to know before the new season.

Downs’ story
Downs, originally a Cincinnati Reds draft pick in 2017, found his way to Boston in the trade that sent Mookie Betts and David Price to the Los Angeles Dodgers. Red Sox fans might remember him from that transaction based solely on his first name, which yes, is an ode to New York Yankees legend Derek Jeter.

“We weren’t really sure how to judge what happened in 2020 and how that was going to impact players, and I think it impacted everyone differently,” Ian Cundall, director of scouting for SoxProspects.com, told NESN.com last week. “I think in Downs’ case, it ended up he got pushed a little more aggressively than maybe he should have been. Because he was coming off in 2019 playing eight games in Double-A, and then he started 2021 in Triple-A — at the alt site (in 2020) and then in Triple-A (in 2021). I think that was just a little aggressive for him. He could’ve probably used some more seasoning at Double-A last year and he got thrown into the fire in Triple-A.”

In his age-23 season, Downs must prove he belongs in the most advanced levels of baseball.

Scouting report
At 5-foot-11 and 180 pounds, Downs isn’t exactly physically intimidating, and he lacks speed to make up for it despite an awareness on the base paths. SoxProspects.com projects him to be an average fielder with average arm strength.

Downs’ bat should be one of his stronger attributes, but an inability to adjust to Triple-A certainly caught the wrong sort of attention in that aspect last season.

“He’s facing a lot of guys who were up in the majors,” Cundall said. “I know when I saw him at one of the early alt-site games, they were playing the Mets and he was facing Jordan Yamamoto, who was an ex-big leaguer with the Marlins who had a really good year-plus with them, I think Jerry Blevins and a couple of other ex-MLB arms. And when he started facing that higher-level competition, they started exposing some of the holes in his swing.

“He’s someone who struggles to get the bat around on fastballs up and in, and I think people started to realize that — that he had these holes that could be exploited — and with his swing, it was hard to adjust to that. I think that’s kind of what he got caught in — this endless cycle of ‘these are the pitches that I can’t hit and the book’s kind of out on it now,’ and he just kept getting them over and over again, and I think he just really struggled throughout the year with it.”

There are a lot of question marks surrounding Downs at this point following a down 2021. Unless he can find his way again in 2022 and adjust to the challenges of Triple-A, he’ll likely have a bench role in the bigs, if/when he gets there.

In this scenario, by virtue of the current Red Sox roster (perhaps you’ve heard of Xander Bogaerts or Trevor Story?), Downs likely would have to swap from shortstop to second base at some point in Boston.

SoxProspects.com projects Downs as “a bat-first profile with the potential to hit in the .280 range with 20-plus home runs at his peak.”

The Red Sox farm system is top-heavy, with guys like Triston Casas, Marcelo Mayer and Nick Yorke leading the way in terms of the SoxProspects rankings. Mayer and Yorke are a ways away from MLB but still fall in front of someone who could see Boston by the end of the 2022 season.

Fenway forecast
As far as Cundall is concerned, this could be a make-or-break year for Downs, who he predicts will start the season at Triple-A Worcester but notes he “would have liked to have seen him start in Double-A.”

So, just like everything else about Downs’ career, when fans could expect to see him in Boston seems to be a toss-up. As it stands, SoxProspects.com notes an ETA of “late 2022.”

“I think this is a very important year for him,” Cundall told NESN.com. ” … His stock has definitely fallen this year. And now it’s about, what is he now? Is he someone who is going to rebuild his stock and turn back into a potential everyday option in the future, for the Red Sox or someone else? Or is he someone who’s going to end up being an up-and-down guy or a solid depth guy?

“I think it’s hard to say right now, and that’s why he’s someone I’m really interested to see when the season gets going — to kind of get a feel for what adjustments he’s made at the plate, see how pitchers are handling him, how he’s handling that.”

For those who like to keep an eye on the farm, it seems Downs certainly is a player to check in on this season. But he controls his own destiny right now, beginning in Worcester. 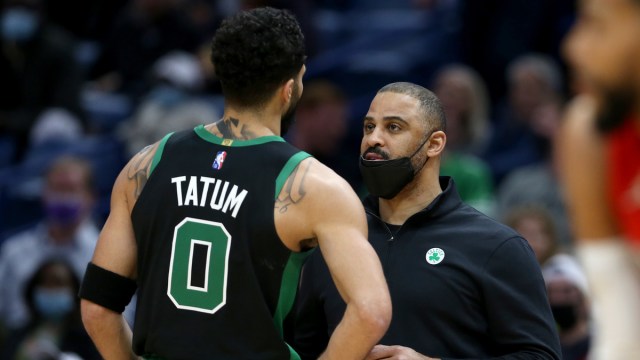 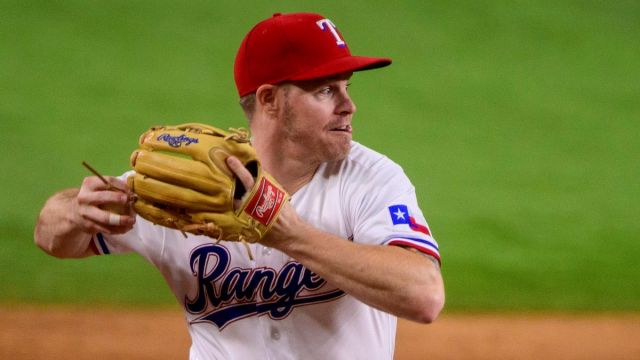