BOSTON — The Boston Bruins took down the New York Rangers 3-1 on Saturday at TD Garden to avoid being swept in the season series.

ONE BIG TAKEAWAY
The Bruins grabbed the lead with 35 seconds left in the first period and never looked back.

Boston’s offense was aggressive all afternoon, putting pressure on Rangers goalie Igor Shesterkin and were able to see results early. Just 1:07 into the second frame the Bruins were able to secure a 2-0 advantage.

The overall play of the Bruins was quite high. The offense outshot the Rangers 35-31, and the defense kept goalie Linus Ullmark clean for the majority of his return to action from injury. When they did let one through, Ullmark made the play all but one time.

The Rangers cut the deficit early in the third period, 2-1, but Trent Frederic did not let the score hold for long, as he brought the lead back up to two 9:37 into the final frame.

There’s an argument to be made that the win over the Rangers was the best team win of the season against a Rangers squad that is currently second in the Metropolitan Division.

STARS OF THE GAME
— David Pastrnak’s opening score provided a spark for the Bruins. The goal came in Pastrnak’s first return to action since his injury. The premier scorer also logged an assist on Taylor Hall’s second-period goal for a 2-0 Boston lead.

— Hall scored a second-period goal that gave the Bruins some breathing room with a 2-0 lead that would hold.

— Linus Ullmark made some tough saves on Saturday, and put up a great performance in his first game back from injury. The B’s goalie had 30 saves on 31 shot attempts.

WAGER WATCH
Oddsmakers set Pastrnak as the first scorer at +950 on DraftKings Sportsbook. A $100 bet would have paid out $1,050 as the wing gave the Bruins a lead in the first period in his return from injury.

UP NEXT ON NESN
The Bruins will have a quick turnaround as they take on the Canadiens in Montreal on Sunday with puck drop set for 7 p.m. ET. Pregame coverage starts at 6 p.m. ET on NESN. 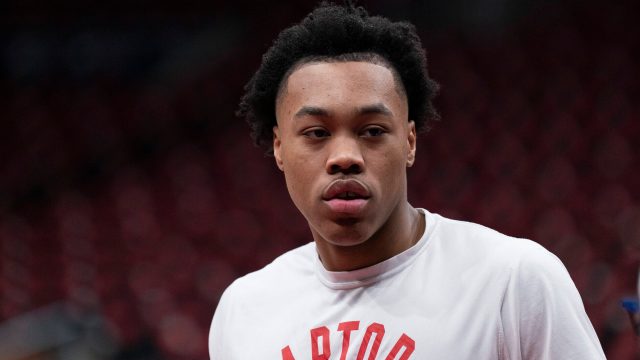 Scottie Barnes wins Rookie of the Year, Returns for Game 4 vs. Sixers 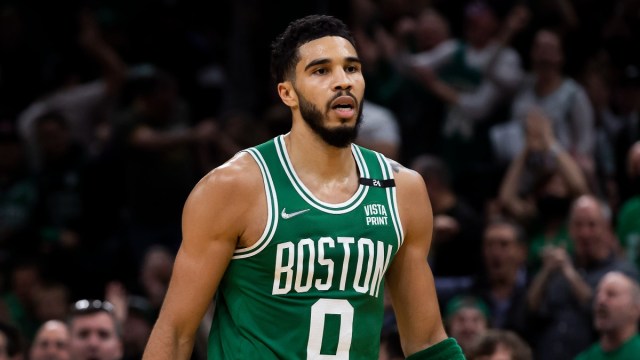 NBA Odds: Who Will Be The Leading Scorer In Game 3 Of Celtics-Nets?