A former NFL star will make his way onto the FOX broadcast call of Super Bowl LVII.

According to the New York Post’s Andrew Marchand, former Carolina Panthers tight end Greg Olsen will be on the call for the Super Bowl next February alongside play-by-play commentator Kevin Burkhardt.

Olsen is still relatively new to his announcing gig as he joined FOX last season, and received positive reviews for his work in the booth.

While Olsen will call the Super Bowl, Marchand floated out there that it isn’t completely out of the realm of possibility for Tom Brady to join Olsen and Burkhardt in the booth for the Super Bowl as part of a three-man team. Brady’s season with the Tampa Bay Buccaneers of course would need to be over by then for that to happen.

Brady signed a 10-year, $375 million contract to join FOX as a commentator once his playing career is over. Marchand also noted that if Brady isn’t calling the big game, he could be used as a studio analyst.

For now, though, it will be Olsen and Burkhardt’s show. 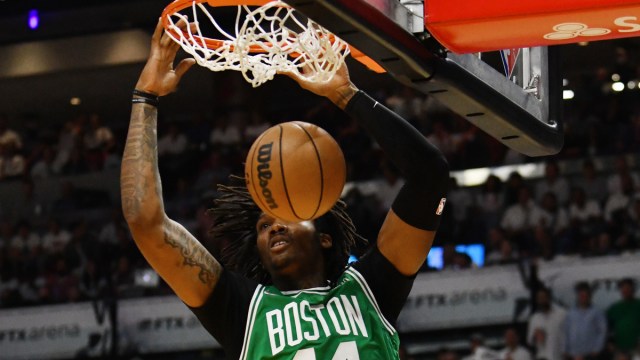 Celtics Put Together Historic First Half In Game 2 Vs. Heat