Patriots Schedule: Reasons To Be Hopeful, Concerned About Every Game Skip to content

On paper, the Patriots face a steep uphill climb in 2022. Of their 17 games, 10 will be against opponents who had winning records last season, including seven matchups with playoff teams. And that’s to say nothing of the difficult scheduling logistics and the challenges of playing five primetime games.

You easily could argue for New England finishing with a losing record, like 8-9. But you also could argue for the Patriots finishing well above .500, and not just because they are a good team who returned to the postseason in 2021.

Obviously, nobody knows what will happen this season. The Patriots could be better than expected, and their opponents could be disappointments or surprise contenders. A lot can happen between now and then. But why not bust out the crystal ball anyway?

Let’s go glass half full and glass half empty on every Patriots game:

Week 1: at Miami Dolphins
Positive: This will be the head coaching debut of Mike McDaniel, who faces significant pressure to deliver on the hype generated by Miami’s improved roster. But it’s easy to see Bill Belichick getting the better of him in their first meeting and the Dolphins taking a while to round into form.
Negative: The heat likely will be a factor, and the Patriots annually struggle in Miami, where they’ve lost four of five. The Dolphins have a three-game win streak against New England and have won six of their last nine games against Belichick and Co.

Week 2: at Pittsburgh Steelers
Positive: In all likelihood, the Steelers will have either Mitch Trubisky or rookie Kenny Pickett under center. Advantage: Patriots, who almost always are up to the task in Pittsburgh.
Negative: The Steelers’ defense is legit and could present real problems for a Patriots offense still figuring things out with whoever their new play-caller will be. New England should be better, but that doesn’t always matter early in the season.

Week 3: vs. Baltimore Ravens
Positive: The Patriots slowed down Lamar Jackson a couple of seasons ago, and the rest of the NFL seemingly has figured out the Ravens’ run-heavy attack. Baltimore should be tough, as it always is, but New England arguably is more talented.
Negative: At the same time, Jackson is a unique talent, and it wouldn’t be a surprise if he runs wild against an iffy Patriots defense.

Week 4: at Green Bay Packers
Positive: The game will be played in early October, so the whole “Frozen Tundra” thing shouldn’t matter. Plus, the Patriots won’t have to worry about Davante Adams.
Negative: Aaron Rodgers.

Week 5: vs. Detroit Lions
Positive: The Patriots are the more talented team, and Belichick should have no problem shutting down Jared Goff, who isn’t good.
Negative: The Lions are the Lions, but they were in a lot of close games last season and might be ready to make a big jump. Could be a classic trap game, especially if the Patriots pull out a big win in Green Bay.

Week 6: at Cleveland Browns
Positive: It’s not crazy to think that Deshaun Watson will be suspended for the first eight games of the season, meaning the Patriots would avoid him. And even if Watson misses, say, the first five games, he and the Browns might not yet be all systems go by the time the Patriots arrive in Cleveland.
Negative: Obviously, Watson could be a problem if he plays, and New England’s defense usually struggles against him. Also, the Browns got blown out by the Patriots last season, but they still are a very talented team with a loaded offense.

Week 7: vs. Chicago Bears (“Monday Night Football”)
Positive: The Bears might be the worst team in football and haven’t done anything to make life easier for quarterback Justin Fields. This should be a layup for the Patriots.
Negative: We’re reaching, but New England occasionally struggles against mobile quarterbacks. Perhaps Fields and a passable defense show up and make a game of it.

Week 8: at New York Jets
Positive: Until further notice, the Jets are the Jets, and the Patriots are the Patriots. Plus, the Jets’ offensive line doesn’t inspire much confidence.
Negative: New York was the consensus winner of the 2022 NFL Draft and has enjoyed an impressive offseason. This could be a statement game for a vastly improved roster.

Week 9: vs. Indianapolis Colts
Positive: The Colts are good, but the Patriots nearly beat them last season despite playing one of their worst games of the campaign. Does Matt Ryan make that big of a difference?
Negative: He might. Ryan has become a punchline thanks to his Super Bowl collapse, but he’s a good quarterback, and the Colts are well-coached and loaded on both sides of the ball.

Week 11: vs. New York Jets
Positive: The Patriots have won 11 straight home games against the Jets. You can’t pick against them.
Negative: If New York really is a franchise on the rise, this might be its arrival game. Every AFC East dog has its day, eventually.

Week 12: at Minnesota Vikings (Thanksgiving night)
Positive: The Patriots should be playing good football by this time, and a date with Kirk Cousins shouldn’t bother them much. The Vikings have posted back-to-back losing seasons and there’s no reason to believe they’ll be better in 2022.
Negative: Dalvin Cook and Justin Jefferson are legitimate superstars and could throw up huge numbers against a slow New England defense.

Week 13: vs. Buffalo Bills (“Thursday Night Football”)
Positive: This is a revenge game for the Patriots, the kind they’ve won throughout the Belichick era. They’ll have had nearly a year to prepare for this after what happened in January and should be ready to go.
Negative: New England didn’t force a single Bills punt in the final two meetings last season, and its defense might be worse in 2022. Scary.

Week 14: at Arizona Cardinals (“Monday Night Football”)
Positive: This is about the time Kyler Murray gets hurt and the Cardinals are limping to the finish line. Easily could be the case again.
Negative: When healthy and on top of their game, Murray and the Cardinals are an explosive group and capable of beating anyone.

Week 15: at Las Vegas Raiders (“Sunday Night Football”)
Positive: The Raiders loaded up this offseason, but Derek Carr still isn’t a difference-maker at quarterback. Assuming the Patriots find a way to limit Adams, the Raiders’ offense might not be able to put up many points.
Negative: Vegas will be fired up for this game, which will pit Belichick against Josh McDaniels. Also, the Raiders are the better team — on paper.

Week 16: vs. Cincinnati Bengals
Positive: Cincy is explosive, but this still is a coaching mismatch, and the Bengals’ defense isn’t that good. the Patriots should be competitive.
Negative: The Bengals are the defending conference champions, and Joe Burrow is a superstar. And if their conference title win over the Kansas City Chiefs offers any indication, the Bengals won’t be intimidated by playing in Foxboro.

Week 17: vs. Miami Dolphins
Positive: If nothing else, the game being played in New England instead of Miami should make a big difference. The Patriots won’t lose a second straight home game against the Dolphins, will they?
Negative: At a certain point, you must admit the Dolphins are better than the Patriots. McDaniel should be more comfortable by this time, too.

Week 18: at Buffalo Bills
Positive: The Patriots won’t be spooked by the environment in Buffalo, despite what happened last year. There simply is no way this game looks like the playoff loss.
Negative: Josh Allen has solved the Belichick puzzle, and it’s hard to imagine a new-look Patriots secondary slowing him down in his building. Feels like a scheduled loss. 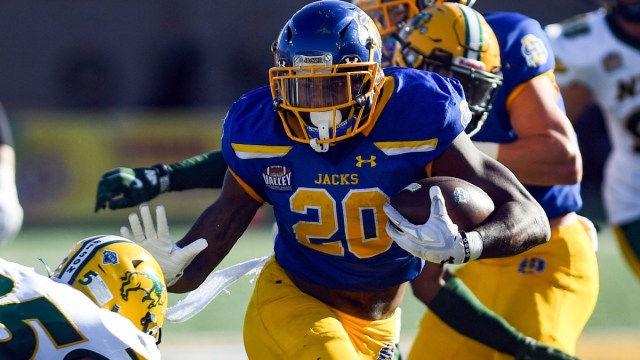 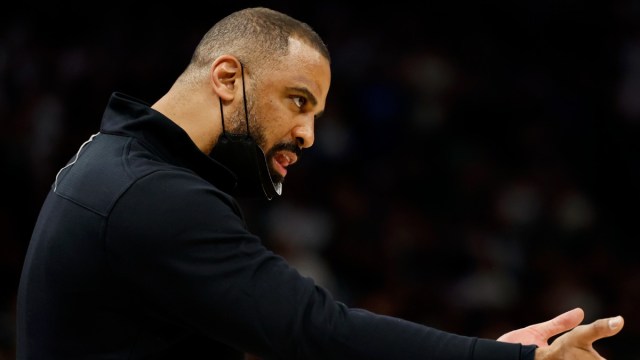 What Ime Udoka Will Remember Most About Thrilling Celtics-Bucks Series