For one, the Celtics just fell two wins short of a championship, losing to the Golden State Warriors in the NBA Finals. In theory, Boston can return the same core for the 2022-23 season and potentially contend for a title. Overhauling the roster would threaten to disrupt that mojo.

But let’s say the C’s want to swing for the fences rather than rely on minor tweaks. Beal certainly seems like a reasonable target in that scenario, especially given his friendship with Jayson Tatum, but landing the longtime Washington Wizards star might prove difficult from a logistical standpoint.

Ryan McDonough, a former NBA executive who spent a decade with the Celtics, working his way up to assistant general manager under Danny Ainge, shed light on a potential pursuit of Beal during Monday night’s episode of “Early Edition” on NBC Sports Boston.

“Celtics fans don’t want to hear this, but I think Jaylen Brown would have to be in the deal,” McDonough said. “And that’s why I think there is a path for the Celtics to acquire Bradley Beal, but not over the next couple of weeks. Bradley Beal makes 64 million more dollars if he opts out of his contract and then re-signs in Washington. He can do a five-year extension with the Wizards. That’s the only team in the league he can sign for that length with. And if we think about it logically, guys, if the NBA is serious about enforcing tampering and other teams not talking to players, well, if Bradley Beal has already made his decision, to me, that means he’s going back to Washington. That’s the only team he can talk with at this point.

“So, I think the Celtics could acquire Beal, but I think the way that would happen would be a trade, either maybe at the trade deadline or even next offseason. I think it’s very unlikely that Beal ends up in a Celtics uniform to start next season.”

Beal, who turns 29 next week, can decline his player option with the Wizards and become a free agent this summer. The Celtics don’t have the salary cap space to sign him outright, though. And Beal also would leave a significant chunk of money on the table if he signs with a team other than Washington.

The most likely scenario, then, is that Beal opts out and signs a max contract with the Wizards worth nearly $250 million over five years. After that, Washington could trade the three-time All-Star, although Boston would need to get creative with its assets in order to build an enticing package.

“From a trade perspective, assuming Beal wanted to force his way to Boston and the Wizards were willing to cooperate, a sign-and-trade is the clear path,” McDonough said. “Other than that, guys, Boston would have to gut basically their entire roster, other than Tatum and maybe Brown. You’d have to get rid of all your depth that you’ve accumulated — the Robert Williams of the world, Al Horford, all those guys would have to go out and it would still be a tight squeeze.

“This is one of the issues Miami ran into when they built their super team alongside LeBron (James), Dwyane Wade and Chris Bosh. They had basically minimum slots to fill out the rest of the roster and they lost to the Mavericks that year in 2011. So that’s why I think it probably is a sign-and-trade.

“Al Horford’s contract would likely be in it at $26.5 million on an expiring deal. And then what does Washington want? Do they want Robert Williams? Grant Williams? Draft picks? Those are Boston’s most valuable assets outside of Tatum and Brown. But again, I think it’s highly unlikely, as much as we love discussing it, I think it’s highly unlikely Beal is headed to Boston over the next few weeks.”

In other words, never say “never” when it comes to the NBA offseason, where superstars oftentimes dictate what happens and teams constantly are fighting the urge to make a splash. But it’s hard to imagine Beal ending up in Boston before the upcoming campaign — for various reasons. 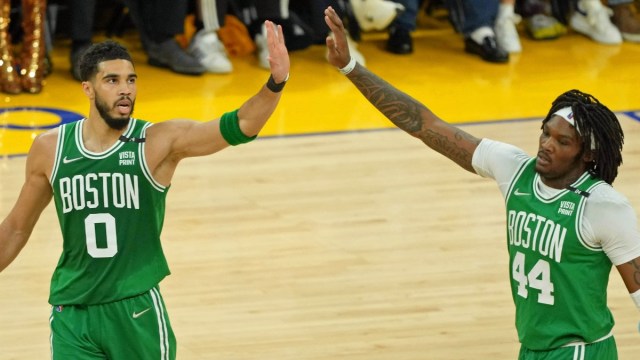 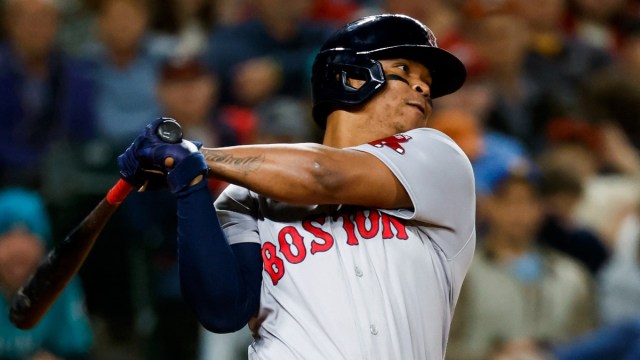