After the Boston Celtics ended the Nets’ 2021-22 season in late April, Kyrie Irving vocalized his intention to stick around in Brooklyn moving forward.

Irving has until June 29 to decide whether he wants to exercise his $36.9 million player option for the 2022-23 campaign. While one might assume that’s too rich of a payday for Irving to pass up, hitting free agency reportedly is on the table for the star point guard.

“Multiple sources tell The Athletic that conversations about Irving’s future have gone stagnant between him and the Nets,” Shams Charania wrote in a column published Monday. “An impasse currently exists among the parties that clears the way for the seven-time All-Star to consider the open marketplace, those sources said.”

So, where could Irving end up if he decides to leave the Nets? Charania is reporting the Los Angeles Lakers, New York Knicks and Los Angeles Clippers are among the teams expected to show interest in the seven-time All-Star should he seek out a new home.

A sign-and-trade seemingly would be the most practical route for Irving to move on, both for the Nets and any interested team. Irving probably isn’t intrigued by any team that has the salary cap space to sign him outright, and as Charania pointed out, it would be “incredibly damaging” for Brooklyn if the 30-year-old guard left via free agency.

Irving is coming off a season in which his availability was limited due to his COVID-19 vaccination status. He averaged 27.4 points and 5.8 assists per game over 29 regular-season contests with the Nets. 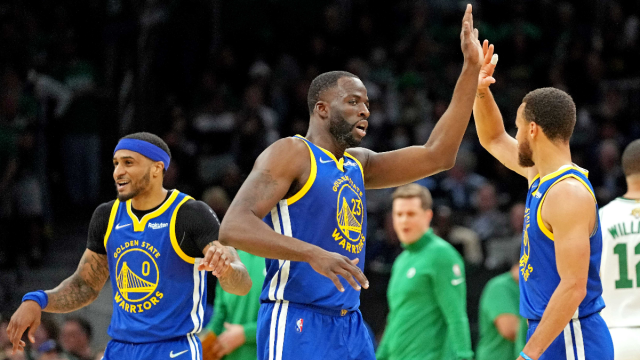 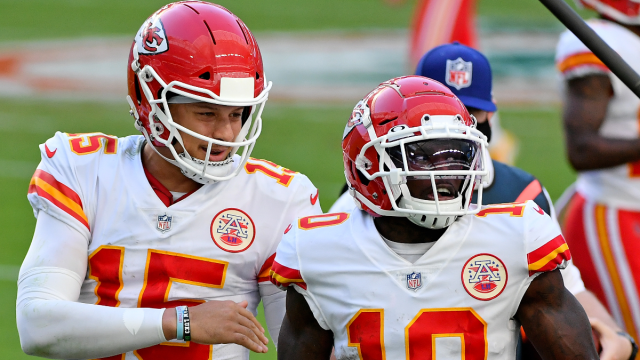 Chiefs’ Patrick Mahomes ‘Surprised’ By This Slight From Tyreek Hill