Celtics At Point Of No Return With Kevin Durant, For Better Or Worse Skip to content

The Hamptons recruiting trip with Tom Brady was nice and all, but this is the closest the Celtics have come to acquiring Kevin Durant since the ping-pong balls bounced the wrong way in 2007.

Boston reportedly entered the KD sweepstakes in earnest over the weekend. NBA super reporters Adrian Wojnarowski and Shams Charania both have the C’s hot on the trail for one of the greatest players of all time in separate reports early Monday morning.

The Celtics, according to Charania, have even put forth an offer. According to Charania’s report, Boston offered the Brooklyn Nets a trade package consisting of Jaylen Brown, Derrick White and a draft pick. Brooklyn reportedly shot it down, wanting the Celtics to sweeten the pot by adding Marcus Smart.

Whether Boston relents remain to be seen. If the Celtics are steadfast on keeping the Defensive Player of the Year, there are other trade chips they could offer with the hopes of finding some sort of middle ground. Regardless, the Celtics should be viewed, at the moment, as the clear-cut favorite to land Durant.

The only news we’ve heard since Durant requested a trade from Brooklyn is how, A) the Nets were demanding a historic haul for the former MVP, and B) not much of a market had taken shape. With these reports, it finally appears a team is willing to at least come close to that asking price and is serious about acquiring Durant.

That Boston is reportedly willing to part with Brown, a franchise cornerstone thought to be essentially untouchable, tells us the Celtics are serious. These sorts of reports also lag behind real-time, of course, so this thing could be much farther down the tracks than we realize at this point. For all we know, Brad Stevens might be on the verge of getting an agreement in place to land the future Hall of Famer.

Unless someone is trying to sabotage this deal, Brown’s inclusion in the potential blockbuster getting out is a major piece to this puzzle. The Nets almost certainly won’t land a more valuable asset than the former No. 3 pick. Brooklyn could build around him, and if it wanted to retain Kyrie Irving, you could do worse than that 1-2 combo. The Celtics know that. There’s a reason everyone believed Boston could put forth the best package to land Durant.

But therein lies the risk for the Celtics. While they know no one can top them, just making the offer is a risk as evidenced by “Jaylen Brown” trending Monday morning on Twitter just hours after Wojnarowski’s original report. Brown understandably thinks very highly of himself. He also might be a little sensitive; we saw him “like” a tweet earlier this summer about how Celtics fans take him for granted. He’s very aware of the things going on around him, and his name being prominently featured in trade talks will make things awkward at best should the deal fall through.

From a New England sports standpoint, there’s certainly a feeling of Alex Rodriguez to the Red Sox in this whole thing. One part of that saga that often goes overlooked is how Boston had a deal in place to send Nomar Garciaparra to the White Sox for Magglio Ordonez. Obviously, it all fell apart and the Sox were left with a nonplussed Garciaparra, whom they obviously traded at the deadline the following season.

That Stevens and the Celtics are willing to take that risk with Brown tells you just how confident they are they can land Durant and just how bad they want it to happen. 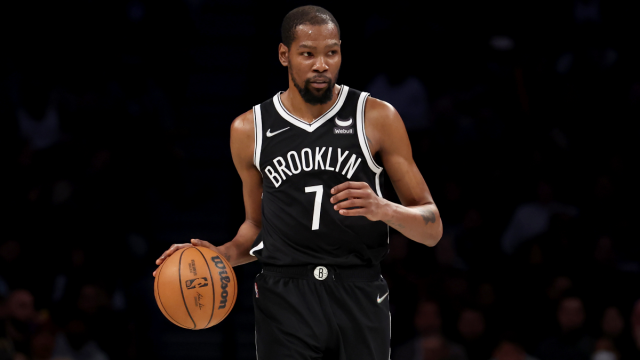 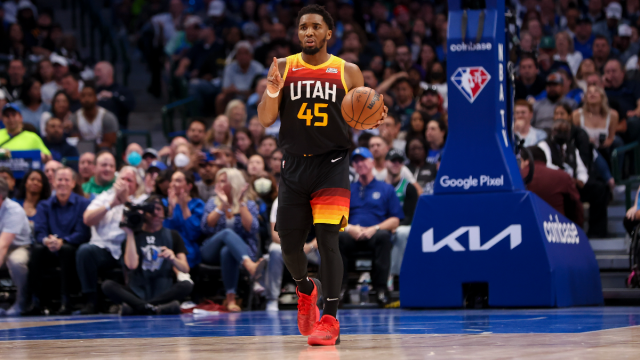 NBA Rumors: These Teams Have Shown Interest In Donovan Mitchell