FOXBORO, Mass. — Publicly, at least, Patriots players are saying all the right things about about their revamped offense.

Externally, confidence in the system reached rock bottom Monday afternoon. Reporters and fans at the training practice witnessed a New England offense that looked more ready for the chopping block than an NFL game. You can’t overstate the ugliness of the performance, which was the worst yet from a Patriots offense that’s struggled virtually all of training camp.

But Tuesday was a (slightly) different story.

The offense was better, no doubt about it. Yes, it was a dialed-back, simplified affair, with the Patriots’ offense and defense not going quite full-speed, but New England’s passing and running games finally moved the ball with some consistency. It was a needed step in the right direction, albeit one that didn’t prove one way or another whether the Patriots are starting to grasp the new Shanahan-like offense — or even keep it, for that matter.

After practice, quarterback Mac Jones was asked whether the new offense still has a high buy-in factor among Patriots players.

“Yeah,” he said. “I think, right now, there’s nothing to focus on besides watching the tape and figuring out what we can do better. You can always assume things. But you know, I’ve been in different offenses, and a lot of guys on our team have, and we feel confident about it. And that just has to come with reps, and in-game reps, too. We gotta see it on tape and see how it looks. The buy-in has to be the buy-in — you have to trust it.

“At the end of the day, we’re gonna figure it out and make this thing work. We have good coaches that are laying the path for us. And we just have to see it how they see it, and come together and dominate together.”

So, was that Patriots-speak from Jones, or a player being truthful about how he and his teammates feel about a hot-button topic?

Only he knows the answer to that, though the truth probably is somewhere in the middle. Either way, if Tuesday doesn’t prove to be a springboard for more encouraging performances for the offense, it could be time for Bill Belichick to hit the reset button.

The Patriots will hold a closed walkthrough Wednesday before hosting the New York Giants in Thursday’s preseason opener. What happens that night could go a long way toward determining the staying power of the new offensive system. 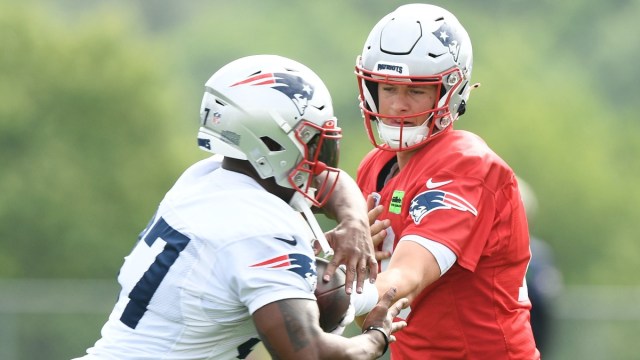 Patriots Training Camp Observations: Everything We Saw In 11th Practice 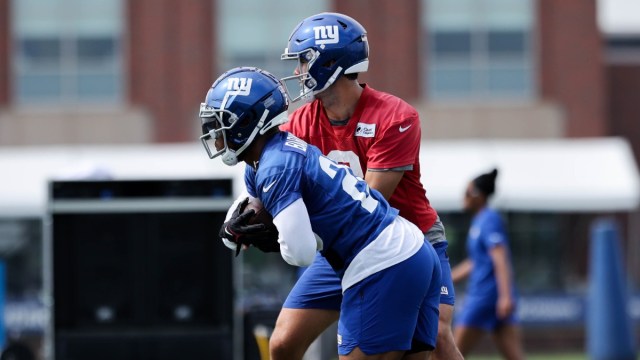