With just over a week to go before the Aug. 30 roster cutdown deadline, the Patriots and Raiders will link up for a pair of joint practices and one last preseason game, giving players on the roster bubble a few final opportunities to impress Bill Belichick and company.

Who will make the cut? Here’s our latest 53-man roster projection:

QUARTERBACK (3)
In: Mac Jones, Brian Hoyer, Bailey Zappe
Out: None
The Patriots could temporarily release Hoyer on cutdown day, then re-sign him once they move wide receiver Tyquan Thornton to injured reserve. But the veteran backup’s $3 million guaranteed salary makes that unlikely.

RUNNING BACK (4)
In: Damien Harris, Rhamondre Stevenson, Ty Montgomery, Pierre Strong
Out: J.J. Taylor, Kevin Harris
There’s a sizable gap between the top three of Damien Harris, Stevenson and Montgomery and the rest of this position group. Strong sticks as a fourth-round draft pick but might not see much playing time early. Montgomery projects as the primary replacement for the retired James White, though Stevenson should have a larger role in the passing game, as well.

WIDE RECEIVER (6)
In: Jakobi Meyers, DeVante Parker, Kendrick Bourne, Nelson Agholor, Tyquan Thornton, Lil’Jordan Humphrey
Out: Tre Nixon, Kristian Wilkerson, Josh Hammond
The Patriots will be without Thornton for the next two months after the promising rookie fractured his collarbone in last Friday’s preseason win over the Panthers. That lowers the likelihood of a preseason receiver trade and could help one of New England’s roster-bubble wideouts nab a spot. Here, that’s Humphrey, who’s flashed on offense and special teams in both exhibition games. Belichick also referred to Humphrey as a “big receiver/tight end-ish type of guy,” hinting at a potential position switch for the 6-foot-4, 225-pounder. The Patriots aren’t nearly as deep at tight end as they are at receiver, so he could be useful as a reserve option behind Hunter Henry and Jonnu Smith. We’ll also be closely watching Bourne this week after his surprise DNP against Carolina.

OFFENSIVE LINE (7)
In: Trent Brown, Cole Strange, David Andrews, Mike Onwenu, Isaiah Wynn, Yodny Cajuste, Arlington Hambright
NFI: Andrew Stueber
Out: James Ferentz, Justin Herron, Chasen Hines, Yasir Durant, Will Sherman, Drew Desjarlais, Bill Murray, Kody Russey
Herron entered training camp as the Patriots’ clear No. 3 tackle, but Cajuste has outperformed him this summer. That, coupled with the injury that’s now sidelined Herron for more than a week, keeps him off in this projection. Ferentz should be easy to carry on the practice squad for extra interior depth. One big lingering question here: Will the Patriots look to trade Wynn before the season? He’s been injured for the last week-plus and hasn’t looked like a natural fit at right tackle.

LINEBACKER (8)
In: Matthew Judon, Ja’Whaun Bentley, Raekwon McMillan, Mack Wilson, Josh Uche, Anfernee Jennings, Ronnie Perkins, Jahlani Tavai
Out: Cameron McGrone, Harvey Langi, Nate Wieland
Neither Perkins nor McGrone has taken the Year 2 leap Patriots fans were hoping for, but the former’s draft slot (third round) and projected role on special teams help him stick on the roster. McGrone looks more likely to begin on the practice squad. Tavai’s limitations in coverage showed up in the Carolina game, but Belichick seems to like him.

CORNERBACK (7)
In: Jalen Mills, Jonathan Jones, Myles Bryant, Marcus Jones, Jack Jones, Shaun Wade, Justin Bethel
IR: Malcolm Butler, Joejuan Williams
Out: Terrance Mitchell
Moving Butler and Williams to season-ending injured reserve and cutting Devin Hafford trimmed some fat from this competitive position battle, but there are tough calls still to come. The toughest here was Wade over Mitchell. The latter has been good in camp, but Wade’s upside, versatility and playmaking earn him the nod. He had an interception last Friday and was around the ball a lot in joint practices with the Panthers. Bryant didn’t make the cut in our last roster projection, but he now seems to have a lead over Marcus Jones in the slot corner battle.

SAFETY (4)
In: Devin McCourty, Adrian Phillips, Kyle Dugger, Jabrill Peppers
Out: Joshuah Bledsoe, Brad Hawkins
Bledsoe continued his strong summer with a forced fumble against the Panthers, but we just could not find a spot for him in this deep, veteran-laden group.

SPECIALISTS (6)
In: K Nick Folk, P Jake Bailey, LS Joe Cardona, ST Matthew Slater, ST Cody Davis, ST Brenden Schooler
Out: K Tristan Vizcaino
A summer’s worth of tutoring from Slater and Davis already is paying off for Schooler, who’s made impact plays on special teams in both preseason games. The athletic UDFA should have a spot on the 53 as a kicking game-only player. 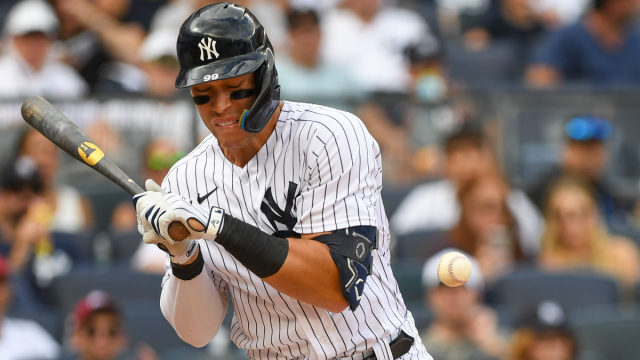 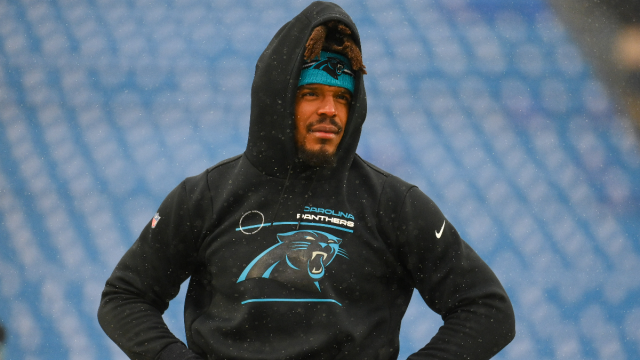