Patriots 53-Man Roster Projection: Who's In, Out After Preseason Opener Skip to content

New England, which must trim its roster to 85 players by 4 p.m. ET on Tuesday, played its first preseason game last Thursday, giving players on the bubble an opportunity to impress head coach Bill Belichick and other Patriots evaluators.

Who improved their odds of making the team? Here’s how we see the roster shaking out ahead of this week’s joint practices with the Carolina Panthers:

QUARTERBACK (3)
In: Mac Jones, Brian Hoyer, Bailey Zappe
Out: None
Hoyer has retaken QB2 duties since returning from the reported illness that kept him out of several early training camp practices. It remains to be seen whether the rookie Zappe can unseat him within the next two weeks, but Hoyer’s $3 million in contract guarantees makes him unlikely to be cut.

RUNNING BACK (4)
In: Damien Harris, Rhamondre Stevenson, Pierre Strong, Ty Montgomery
Out: J.J. Taylor, Kevin Harris
Montgomery, who’s listed as a receiver but has played mostly running back this summer, sat out last Thursday’s preseason opener along with most of New England’s starters. That was another positive sign for a player who’s looking more and more like a roster lock. Expect the Patriots to replace the newly retired James White with some combination of Montgomery, Stevenson and fourth-round rookie Strong.

WIDE RECEIVER (5)
In: Jakobi Meyers, DeVante Parker, Kendrick Bourne, Nelson Agholor, Tyquan Thornton
Out: Tre Nixon, Kristian Wilkerson, Lil’Jordan Humphrey, Josh Hammond
The Patriots don’t have any elite-level wideouts, but this position group is deep. Nixon, Wilkerson and Humphrey all can play in the NFL, and all three were productive last week against the New York Giants. With Agholor set to make $9 million in salary this season and likely to see a smaller workload, New England could look to trade him and roster one of those younger, much cheaper options. Montgomery also can contribute here.

TIGHT END (2)
In: Hunter Henry, Jonnu Smith
Out: Devin Asiasi, Dalton Keene, Matt Sokol
With the Patriots expected to utilize much more two-tight end personnel this season, carrying just two of them on their roster would be risky. But despite some early summer flashes from Asiasi, he and Keene haven’t looked worthy of rostering, and Sokol isn’t anything more than a camp body. In this projection, the Patriots opt to roll with Henry and Smith and keep another tight end on their practice squad.

OFFENSIVE LINE (8)
In: Trent Brown, Cole Strange, David Andrews, Mike Onwenu, Isaiah Wynn, Yodny Cajuste, Justin Herron, Arlington Hambright
NFI: Andrew Stueber
Out: James Ferentz, Chasen Hines, Yasir Durant, Will Sherman, Drew Desjarlais, Bill Murray, Kody Russey
Cajuste is pushing Herron for the third tackle job, and Hambright has seen reps with the first-team offense, rotating in with Onwenu at right guard. Ferentz is the Patriots’ second-choice center behind Andrews, but they should be able to get the 33-year-old on the practice squad to open the season. We’ll see if Hines can challenge for a spot after coming off the non-football injury list last week.

DEFENSIVE LINE (6)
In: Davon Godchaux, Lawrence Guy, Christian Barmore, Deatrich Wise, Sam Roberts, LaBryan Ray
Suspended: Daniel Ekuale
Out: Henry Anderson, Carl Davis, DaMarcus Mitchell, Jeremiah Pharms
Roberts hasn’t done much to distinguish himself on the practice field this summer, but he broke out in a big way against the Giants, racking up six tackles and five quarterback pressures in his preseason NFL debut. It may be premature, but that performance forced us to give the sixth-round draft pick a spot on this 53. He and Ray — an undrafted free agent who’s flashed in nearly every camp practice — both make it over surprise cut Anderson.

LINEBACKER (8)
In: Matthew Judon, Ja’Whaun Bentley, Raekwon McMillan, Mack Wilson, Josh Uche, Anfernee Jennings, Ronnie Perkins, Jahlani Tavai
Out: Cameron McGrone, Harvey Langi, Nate Wieland
This has not been the summer that Patriots fans were expecting out of McGrone. The heavily hyped 2021 fifth-rounder hasn’t gotten off the scout team in practice, and he had a rough game last Thursday, struggling in run defense and finishing as Pro Football Focus’s lowest-graded Patriots player. We’re dropping him to the wrong side of the cutline and replacing him with Tavai, whom Belichick said would be a “big factor … on all four downs” this season.

CORNERBACK (7)
In: Jalen Mills, Terrance Mitchell, Malcolm Butler, Jonathan Jones, Marcus Jones, Jack Jones, Justin Bethel
Out: Shaun Wade, Myles Bryant, Joejuan Williams, Devin Hafford
No changes here just yet, but Wade had a solid night in coverage against the Giants (three catches allowed on eight targets for 31 yards with two pass breakups, per PFF) and Bryant flashed as a punt returner in his first game there since high school. Both are squarely in the roster mix. The Patriots seem to love Bryant, but they already have a similar, higher-upside player in rookie Marcus Jones, a roster lock who currently projects as their top slot corner and punt returner. Can Bryant convince them to keep both?

SAFETY (4)
In: Devin McCourty, Adrian Phillips, Kyle Dugger, Jabrill Peppers
Out: Joshuah Bledsoe, Jalen Elliott, Brad Hawkins
Bledsoe remains a tough cut here. Elliott also jumped off the screen a few times against the Giants, showing aggressive instincts and sure tackling. But it could be hard to keep an additional safety unless Peppers, who’s been limited by an injury for much of camp, becomes a surprise cut, which we’re not ready to predict.

SPECIALISTS (6)
In: K Nick Folk, P Jake Bailey, LS Joe Cardona, ST Matthew Slater, ST Cody Davis, ST Brenden Schooler
Out: K Tristan Vizcaino, P Jake Julien
Schooler’s been on our roster radar since he signed as a UDFA this spring, and he bolstered that case last Thursday. The uber-athletic Texas product served as the personal protector on the punt team, was in on a special teams tackle and laid out multiple Giants players on one of Bryant’s punt returns.

Schooler also has played safety in camp, but he’s likely to be a special teams-only player in the mold of aging mainstays Slater (36 years old) and Davis (33). That might not be enough to earn a roster spot with many franchises, but the Patriots always have valued the kicking game and need to replenish their talent base there after losing a bevy of contributors in free agency. 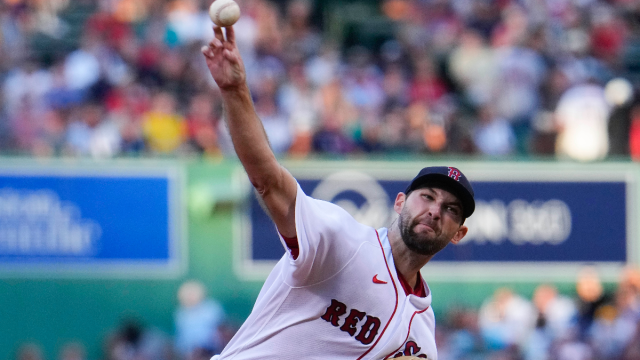 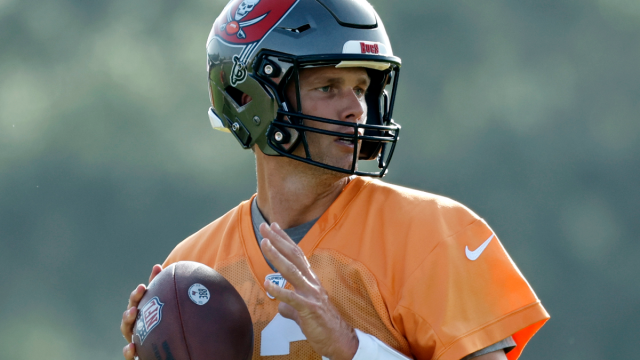