FOXBORO, Mass. — Nearly every member of the Patriots’ rookie class was criticized upon their drafting, and Jack Jones was no different.

In fact, the Arizona State corner probably was New England’s most criticized pick outside of first-rounder Cole Strange and second-rounder Tyquan Thornton. Selected by New England in the fourth round of the 2022 NFL Draft, Jones was projected by many to go either in later rounds or undrafted due to on-field inconsistency and off-field legal woes.

But Jones was among the more impressive players during OTAs and minicamp, showing a fearless attitude and a nose for the ball. In some respects, he looked like a smaller J.C. Jackson.

Jones didn’t get off to as fast of a start in training camp, ceding rookie buzz to fellow cornerback Marcus Jones, a third-rounder. But Jack eventually found his footing and, more often than not, looked like he belongs in an NFL secondary. And the Patriots responded by giving him increased work with the first- and second-team defenses.

Jones’ finest moment of training camp and the preseason arrived last Friday night when he was New England’s highest-graded player in coverage against the Las Vegas Raiders, per Pro Football Focus. His trademark aggressiveness showed up twice, first with a booming hit on running back Austin Walter and later when breaking up a pass intended for Isaiah Zuber.

Jones still has a long way to go, particularly in learning when to be aggressive and when to hold back, but his strong play has impressed New England’s coaching staff.

“Everyone that comes in here, there’s a learning curve,” Patriots cornerbacks coach Mike Pellegrino told NESN.com on Monday. “You gotta learn the system, you gotta learn the scheme. Jack went out there and he competed, and I was extremely pleased with that. And he was explosive, made a couple of disruptive plays, and he played within himself. …

“If he can keep doing that, it’ll trend well for him.”

Pellegrino likes what he’s seen from both rookie corners.

“The competitiveness,” he said when asked to identify what’s impressed him about Jack and Marcus Jones. “These guys have come in and competed with the rest of the group and I’ve been super excited about how much hunger they’ve had to go out there, play and compete and work to get better. That’s been awesome, and I love working with those guys.”

Time will tell whether Jack Jones can polish his game to the point that he can be trusted on an every-down basis. It’s one thing to have the confidence to go after the ball on every play, but it’s another to know how to pick your spots and when to avoid risky plays that could burn the defense.

Still, there was more than enough from training camp and the preseason to suggest the Patriots found a steal in the fourth round. 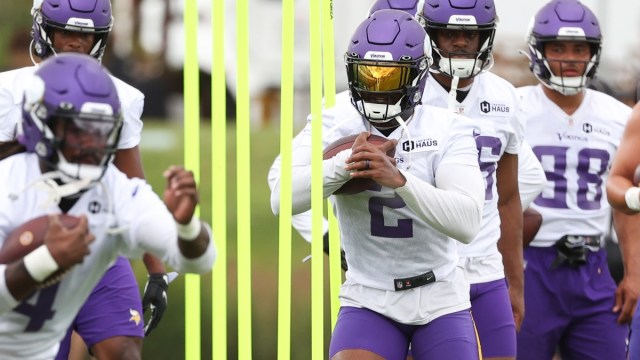 Might Top Fantasy Football Running Back Handcuff Be On Trade Block? 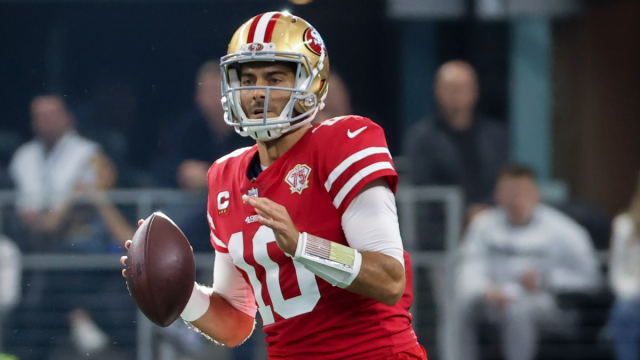 Jimmy Garoppolo, 49ers Agree On Restructured Contract To Stay Together