The Chattanooga product played New England’s first two drives at left guard — where he’s been locked in as a starter since the start of spring practice — then was replaced by veteran James Ferentz when the Patriots returned to the field for their third possession. Strange watched that drive from the sideline with his helmet off and was not receiving medical attention, so his removal did not appear to be injury-related.

Ferentz remained in the game for the Patriots’ next series, as well.

Strange’s apparent benching came after a miscommunication led to a Mac Jones sack. Edge rusher Emmanuel Ogbah came in unblocked between Strange and left tackle Trent Brown, with neither picking up the Dolphins defender. Ferentz replaced Strange on the following drive.

Communication up front was a major issue for the Patriots during training camp and the preseason.

Strange was an unpopular pick on draft night. Though he was viewed as a good fit for the Patriots from an athletic and intangibles standpoint, most draft analysts expected him to hear his name called in the second or third round. New England selected him late in the first, No. 29 overall.

UPDATE: After two drives for Ferentz, Strange returned to the game for an end-of-half kneeldown, then was in for the Patriots’ opening drive of the second half. The reason for his stint on the sideline was unclear. 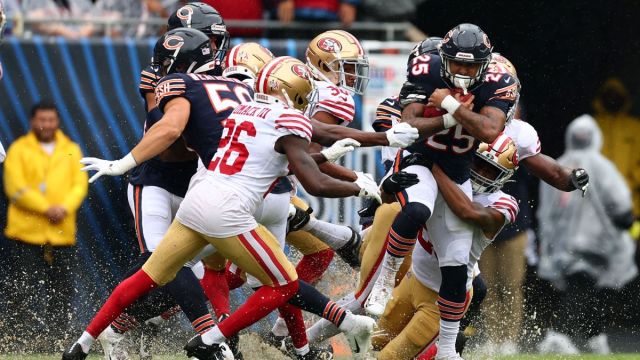 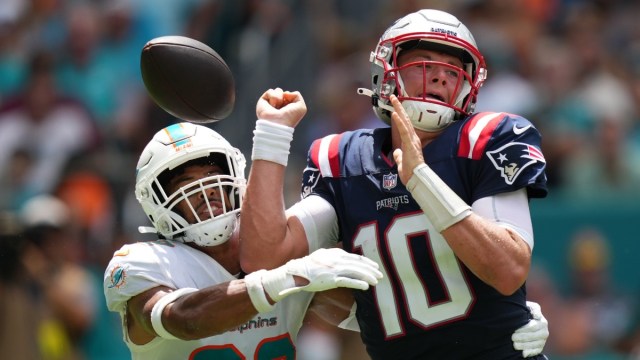