FOXBORO, Mass. — The New England Patriots’ decision Sunday to remove Trent Brown from their starting lineup was strategic, not injury-related, according to head coach Bill Belichick.

Brown opened the Patriots’ 10-3 win over the New York Jets on the bench, with Isaiah Wynn starting at left tackle and Yodny Cajuste getting the nod at right tackle.

“It was a coaching decision,” Belichick said postgame when asked why Brown, who’d played every offensive snap over the Patriots’ first nine games, did not start. He did not share specifics beyond that.

Brown, who was not listed on the Patriots’ injury report before the game, eventually entered the game at left tackle after Wynn suffered a foot injury. He struggled, allowing two of the six sacks New York recorded against Patriots quarterback Mac Jones.

Wynn’s injury “likely” will cause him to miss time, per a postgame report from The Athletic’s Jeff Howe, meaning Brown could be back in the starting five when the Patriots visit the Minnesota Vikings on Thanksgiving night. Center David Andrews also left Sunday’s game with a thigh injury that reportedly could be season-ending, leaving New England shorthanded up front on a short week.

Brown, Wynn and Cajuste are the only three tackles on New England’s 53-man roster. The Patriots signed Hunter Thedford, a recently converted tight end, to their practice squad this week for additional depth at the position. Marcus Cannon is on injured reserve and must sit out at least two more games.

James Ferentz replaced Andrews at center. His backup is Kody Russy, an undrafted rookie who was promoted from the practice squad Friday. 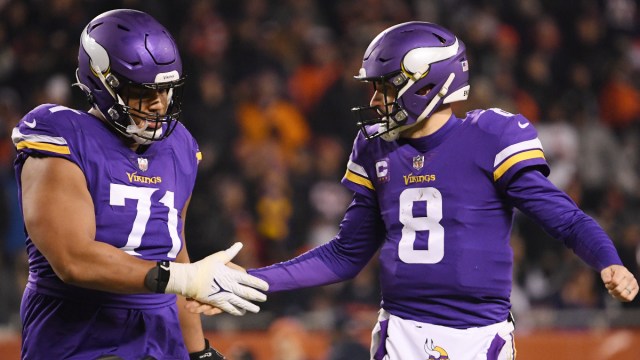 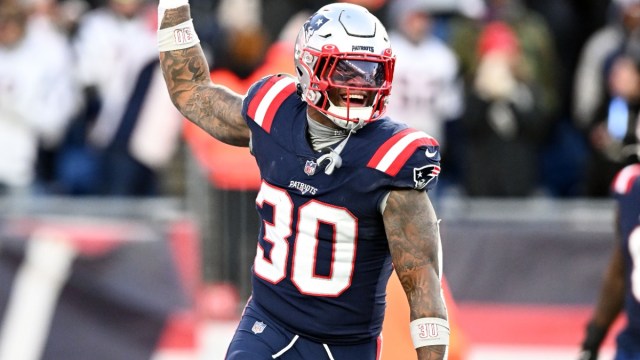