Five Takeaways From Bruins' 4-1 Win Vs. Islanders Skip to content

The Bruins kicked off their New York road trip on a high note with a 4-1 win over the Islanders on Wednesday night at UBS Arena.

Boston got contributions from the defense and offense as it earned its third straight win.

Linus Ullmark also shined in the win, turning away 25 of 26 shots he faced en route to his 24th win of the year and 100th of his career.

Patrice Bergeron is built different
A scary scene unfolded in the third period when the captain took a David Pastrnak slapper to the face. Bergeron immediately went down the tunnel with the assistance of team trainers, but it wasn’t long before he returned to the bench (a little bloody, at that) to finish the game.

“Really, I can’t say enough words,” head coach Jim Montgomery told reporters of Bergeron after the game. “We’re up in the game, 3-1, and he knows that. He’s back in the locker room and, still, he comes back out right away. Just a tremendous amount of respect for his pride wearing the Spoked-B. Hopefully all the X-rays will come back positive for us.”

It’s unclear if Bergeron will be in the lineup Thursday when the B’s cap off their New York road trip against the Rangers, but Montgomery said if he’s healthy then it will be up to Bergeron.

Linus Ullmark continues to be brick wall
There just aren’t enough words to describe how solid Ullmark has been for Boston this season. The goalie improved to 24-2-1 and continues to lead the NHL with a 1.88 goals-against average and .937 save percentage.

“His hockey sense is unreal,” Montgomery told reporters “Most underrated part that I never hear people talk about is how well he plays the puck, his decision making. That takes a lot of poise. It shows just the amount of poise that he has along with a number of good saves he made (Wednesday).”

Ullmark admitted this season has been “overwhelming,” but because he’s not used to having this kind of success on a team that has more to play for than just the regular season.

“It has been a different kind of a season definitely,” Ullmark told reporters. It’s taken a lot of me mentally to keep going, not be satisfied because it’s hard if you’ve had the luxury now for half of the season to be at this point.”

Defensemen getting in on the fun
It was Charlie McAvoy and Derek Forbort who scored the first two goals of the game for the Bruins, with Forbort’s being the go-ahead goal. McAvoy, in case you didn’t know, is from Long Island and had plenty of friends and family in the stands when he tied the game in the first period.

“It was nice, it was fun,” McAvoy told reporters. “It was an important goal in the game more than anything. Got us back into it and then we were able to kind of take over the pace from there.”

Matt Grzelcyk also got in on the fun with an assist on McAvoy’s tally. Grzelcyk really has found his groove of late and has been playing some of his best hockey over the course of the last few weeks — including the game-winning goal against the Toronto Maple Leafs on Jan. 14.

“Grizzy’s been hot, he’s been making plays, kept it going together,” McAvoy told reporters. BU Terriers were at it.”

Trent Frederic ties career-high in points
Frederic has been one player who’s done a complete 180 since last season, and that trend continued Wednesday night when he scored Boston’s fourth goal. The forward now has 10 goals on the season for the first time in his career, joining seven other Bruins to reach double-digits, and matched his career high in points. Safe to say Frederic will amass a new career high in points this season.

“I don’t know what the characteristic is. But I’m on the bench in the third period and I’m watching us ice the game and I’m like, ‘Man, I’m really lucky to coach these guys because they’re good,'” Montgomery told reporters.

Gone are the days of the Bruins being labeled as a one-line team and struggling with secondary scoring. Frederic really has helped solidify the third line. Plus, there’s this stat too.

Third period continues to be strong point
The final 20 minutes have been where the Bruins truly succeed. Fans have seen comeback after comeback this season as the B’s dominate the third period. While Boston took the lead in the first and never looked back, it still gave up the first goal to the Islanders and still needed to play from behind.

“We’re resilient, we’re able to focus and do the job when we have to. Seems like we’ve found another level for that this year,” Brad Marchand told reporters. “A lot of that is because we have a lot of older guys who have a lot of experience and have been around for a while. There’s something to that.

“I know a lot of teams want to go younger, but there is something to — you see a lot of playoff teams that make good runs and go far in playoffs, a lot of them are older and have a lot of veterans. I think that’s something that the team tried to build around and we were able to buckle down like that.” 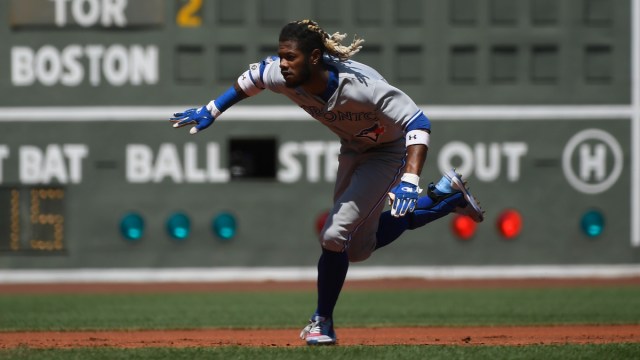 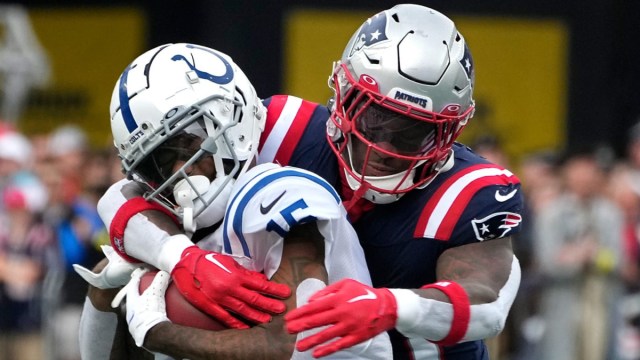 Here’s Who Patriots Can Face In Germany Game Next Season