Mike McDaniel has no plans to bring in a new starting quarterback this offseason.

Shortly after Sunday’s 34-31 loss to the Buffalo Bills in the wild-card round of the NFL playoffs, the Dolphins head coach confirmed a pregame report from ESPN’s Adam Schefter, saying Tua Tagovailoa “of course” will be Miami’s QB1 in 2023.

“You guys know how I feel about Tua, and that hasn’t changed at all,” McDaniel told reporters in Buffalo. “I think we all see him as the leader of this team when it’s appropriate for him to lead the team and will jump on that opportunity. He’s a great player with only improvement in front of him, as well.

“We’re talking about a 24-year-old quarterback that I think when I signed up for this job, I spent six months trying to convince people that he was good. So the fact that Las Vegas saw (Sunday’s game) as a four-point swing when I announced that he was (out) means that he’s a (good player).”

Playing under a first-time head coach in McDaniel, Tagovailoa enjoyed the best statistical campaign of his career this season, leading all qualified QBs in passer rating (105.5), yards per attempt (8.9) and touchdown rate (6.3%). The Alabama product suffered multiple concussions, however, including one that sidelined him for the final two games of the regular season and Sunday’s playoff defeat.

With backup Teddy Bridgewater nursing a broken finger, the Dolphins started third-string rookie Skylar Thompson against the Bills. Thompson went 18-for-45 for 220 yards and one touchdown with two interceptions, posting a 44.7 passer rating in his team’s surprisingly competitive loss.

Schefter reported Sunday morning that Tagovailoa plans to play next season and is “expected” to keep his job as Miami’s starter.

“Yes, this is a challenging time for him,” McDaniel told reporters. “But I would be a fool to not embrace him when he’s healthy and ready to go, and we’ll all be excited for that.” 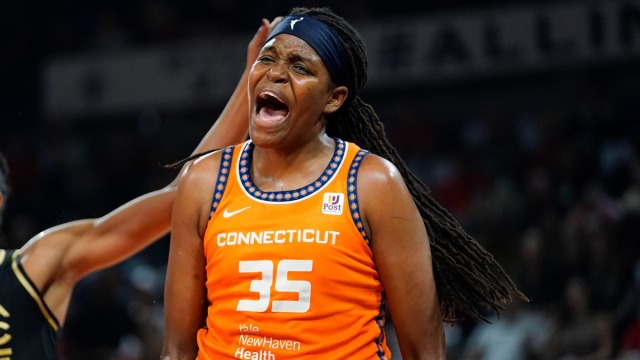 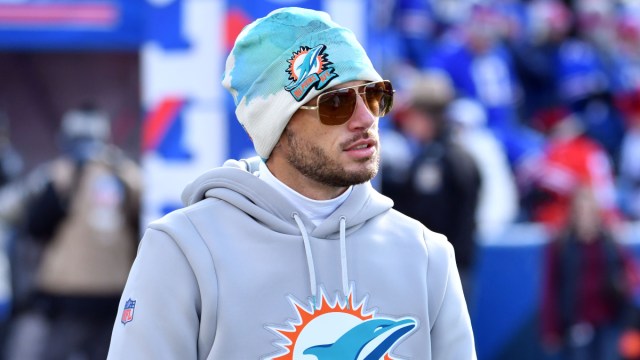 Was Mike McDaniel Actually Vaping On Sideline Of Bills-Dolphins?