Final, Flyers 3-1: The Bruins’ ugly effort leads to an ugly loss. The Flyers win this one 3-1, and the B’s are reeling.

Third period, 19:02, Flyers 3-1:  Ruslan Fedotenko wins the puck battle against Rich Peverley, turns and fires a puck at the empty Bruins net to give the Flyers a 3-1 lead.

This one is over.

Third period, 18:40, Flyers 2-1: Tuukka Rask has been called to the bench for the extra skater. They’re desperately looking for the game-tying goal.

Third period, 14:57, Flyers 2-1: The Bruins’ effort has been better here in the third period, but because of the hole they dug, they still find themselves down by a goal.

They’re starting to skate harder and as a result, the clean, crisp passes are there. We just saw that here in the third period, as Daniel Paille was sprung on a breakout. Unfortunately for him, the Flyers defense did a good job of getting back. That forced Paille to try to take the puck in all alone 1-on-2 but he couldn’t get a good enough shot on goal.

Third period, 10:35, Flyers 2-1: The Bruins had a terrific chance to tie the game up, when rookie defenseman Oliver Lauridsen coughed the puck up in his own zone.

Nathan Horton took the puck and found David Krejci right in the middle of the slot in front of the net, but Krejci put it right in Ilya Bryzgalov’s chest.

Third period, 7:14, Flyers 2-1: The Bruins haven’t necessarily gotten a huge jump from the Nathan Horton goal, but they are starting to possess the puck a little bit more in the offensive end.

The B’s have been better in moving the puck, especially out of their zone here in the third period. But then again, that’s not really saying much given the way the first two periods went.

Nathan Horton does what you’re supposed to do, as he goes to the net on the off-wing, and he gets rewarded when a juicy rebound comes right to him. Horton easily slams it home to cut the lead to one.

Second period reaction: This has been brutal if you’re a Bruins fan. There’s really no other way to break it down.

End second period, Flyers 2-0: The Flyers are winning the puck battles right now, and it almost paid off for them at the end of the second period.

The Flyers came with a strong rush in the final minutes, including good shifts from Simon Gagne and Mike Knuble of all people.

Matt Read just rang the post with a wicked wrist shot. He had Tuukka Rask beat, but the B’s are bailed out by the pipe.

The B’s are having trouble even getting the puck out of their own zone right now. The breakout passes have been sloppy and out of sync. It’s fairly obvious that if you can’t work the puck out of your own zone, you’re going to have some real difficulties winning.

Second period, 7:00, Flyers 2-0: Once again, the Bruins can’t get anything on the power play, aside from a measly shot on goal. There was a little more possession there, but still nothing to get excited about.

Second period, 4:26, Flyers 2-0: Let’s see what the Bruins can do with their second power play of the afternoon.

The Flyers just got caught in a miserable line change, and it’s too many men on the ice.

Second period, 3:18, Flyers 2-0: The Bruins are sleepwalking through this game, and the Flyers, who have lost four straight, are taking full advantage.

Matt Read just beat Tuukka Rask blocker side from the left wing to extend the Flyers’ lead to 2-0.

First period reaction: The offensive issues continue for the Bruins, who apparently didn’t take any momentum out of their impressive five-goal showing against Montreal on Wednesday.

The Bruins may have outshot the Flyers in the first period, but the offense was far from clicking. The B’s had a couple of solid chances, a Nathan Horton shot from the high slot and a Daniel Paille shot from the left wing come to mind, but other than that, there wasn’t much to be happy about. Boston was sloppy with the puck in the first period, and that led to just a disjointed offensive attack.

That was incredibly evident on the club’s lone power play of the first period. The B’s could only muster one shot on the man-advantage, and that’s a number that seems high really. Boston wasn’t able to sustain much of, if any offensive possession on the power play, and they certainly weren’t able to gain any momentum.

The lone Flyers goal was just one of those goals that happens. It was a power-play goal from Mike Knuble, and while the penalty call on Zdeno Chara may have been questionable, it’s just part of the game. If one power-play goal in the first period of a previously scoreless game is going to make a huge difference in the game, you’ve got much bigger problems on your hands. Maybe the Bruins do.

End first period, Flyers 1-0: The first period comes to an end, and the Bruins find themselves in the hole after a sloppy first period.

First period, 19:16, Flyers 1-0: The Bruins got arguably their best chance of the afternoon when some good fore-checking led to an opportunity. Nathan Horton found himself open in the slot, but Ilya Bryzgalov made the save on the big forward.

Not long after, things got a little testy. Patrice Bergeron and Claude Giroux started things by pushing and shoving, and Bergeron looked like he wanted to drop the gloves, but nothing came of it.

Seconds later, Luke Schenn decided to get involved with Zdeno Chara, but Schenn eventually “fell” to the ice before any real punches could be thrown. All four players got roughing minors.

Mike Knuble just scored his fourth goal of the season, a power-play goal, as he one-timed a shot from the slot for the game’s first score.

First period, 13:50, 0-0: The Flyers, who have the league’s best power play in the league according to percentage, are about to get their first chance of the afternoon.

Zdeno Chara was sent to the penalty box for a questionable holding call, and the Boston PK must go to work.

First period, 11:30, 0-0: The Bruins continue to tilt the ice against the Flyers, but while they continue to build on their shot total, they haven’t gotten much in terms of scoring chances.

Ilya Bryzgalov has looked solid in the early going, but as we said, he hasn’t really been tested much at this point, despite what the shot total may indicate.

First period, 7:43, 0-0: It’s been a defensive struggle so far in Philadelphia, which has really been the case in the early going for most of the Bruins’ game this season.

The B’s are starting to generate more chances, however, and they have put five shots on Ilya Bryzgalov. The Philadelphia defensive corps is just all kinds of beat up, which means the Bruins will get plenty of chances this afternoon to put the puck in. Whether or not they actually take advantage of those chances, though, is a different animal.

First period, 3:46, 0-0: Philadelphia just did a good job of killing off the penalty. The Bruins couldn’t get much of anything going, aside from getting one shot on goal during the man-advantage.

First period, 0:56, 0-0: The Bruins get the game’s first power play of the game after Oliver Lauridsen pulled down Nathan Horton as the Bruins forward drove to the net.

First period, 0:10, 0-0: The Bruins and Flyers are under way in Philadelphia.

1 p.m.: It’s official. Johnny Boychuk is back in, as Matt Bartkowski is a healthy scratch.

12:50 p.m.: According to pregame warmups, it looks like Johnny Boychuk will be back in the lineup. He’s probably going to be paired up with Aaron Johnson, according to line rushes. That means Matt Bartkowski is probably a healthy scratch.

The Bruins are also back to their “original” lines from top to bottom. They went back to these lines on Friday at practice, and they went with these same lines during pregame warmups.

12:45 p.m.: In other news, Jarome Iginla is going to make his debut with the Pittsburgh Penguins today when the Pens take on the Islanders in Pittsburgh. If you’re into torturing yourself, this is what Iginla in a Penguins sweater looks like.

For those wondering what the situation is with Kaspars Daugavins, he’s still working out work visa issues. It’s unclear at this point when he’ll finally join the B’s and make his debut.

12:38 p.m.: Need an underachieving defenseman who’s got a $4.25 million salary cap hit through next season? Well, Tomas Kaberle is available for the taking.

The Canadiens placed Kaberle on waivers Saturday, so he’s available if anyone actually wants him. That may be unlikely.

12:35 p.m.: It sounds like Johnny Boychuk is going to return to the Boston lineup for this one. Head coach Claude Julien told reporters prior to the game that Boychuk was feeling better and was going to be a gametime decision. Julien sounded optimistic, though, and according to reports, Boychuk looks good in pregame skate. So it sounds like he’ll get back in the lineup after missing a few games with a foot injury. Who he replaces — either Matt Bartkowski or Aaron Johnson — is unknown at this point.

12:30 p.m.: Tuukka Rask will get the start for the Bruins in net, as he leads the club out for the pregame skate. He’ll be opposed by Illya Bryzgalov on the Philadelphia end.

8 a.m. ET: Saturday was supposed to mark Jarome Iginla’s first game in a Bruins sweater. Instead, it will mark the club’s first game since the Iginla debacle.

As Peter Chiarelli said Thursday, the B’s thought they were ready to acquire the sniper from the Flames. Instead, the Bruins were spurned at the last minute, as Iginla instead decided he wanted to join the Pittsburgh Penguins. While Chiarelli works to find other ways to improve the club, the players and coaching staff must move on to what matters most, and that’s winning games on the ice.

They’ll get a chance to do that Saturday against the Philadelphia Flyers, a listless team that the Bruins have had their way against as of late. The Bruins are 11-1-1 against the Flyers in their last 13 games against Philly, including the 2011 playoffs. Boston dominated the first meeting between the two clubs on March 9, winning 3-0 at TD Garden.

The Bruins could use something to get them going. They are just 2-3-1 in their last six, and they’re coming off of a heart-breaking shootout loss to the Canadiens on Wednesday night, the same night the Iginla drama unfolded. Saturday also marks the beginning of a jam-packed weekend with the club playing a back-to-back starting in Philly and ending Sunday night in Buffalo.

Puck drop from Philadelphia is scheduled for 1 p.m. 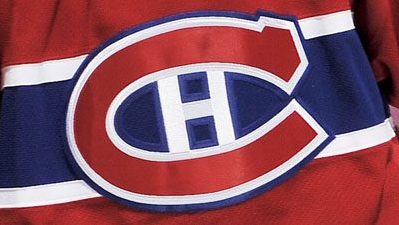