Gerald Henderson Deserves Chance to Play for Winner Sooner Rather Than Later As Guard Proves Against Celtics - NESN.com Skip to content Gerald Henderson‘s career night against the Celtics came with a bonus. With only seven other games taking place in the NBA on Tuesday, the soon-to-be restricted free agent should have had plenty of prospective future employers watching his performance. By the time he and the Bobcats conclude another losing season this spring, the fourth-year guard should garner some interest from a contender, because he belongs on that type of team.

Without making Henderson into some sort of martyr — he does get paid millions of dollars to play sports, after all, and he did attend the detestable Duke University — anyone who has followed his career closely has to feel the Philadelphia native deserves to play for a good team in the pros. He will not explode for a career-high 35 points every game as he did against the Celtics, but Henderson has long had a solid all-around game with the competitive edge to match, as he proved Tuesday.

“Gerald Henderson looked at whoever was guarding him and said, ‘I’m better than you tonight,’ and proved that,” Celtics coach Doc Rivers said.

That sort of competitiveness is tough to maintain on a team that has posted a 99-195 record in the last three-plus seasons. Through all the losing, Henderson has played the good soldier, something that cannot be said of his Charlotte teammates. Ben Gordon, the high-scoring former Sixth Man of the Year, would have been banished a month ago for disrespecting coach Mike Dunlap if the team had not been worried it would damage Gordon’s trade value. Yet Henderson, a lottery pick in 2009, has been a consummate pro, even while his per-minute statistics and player efficiency rating have increased steadily every season.

Henderson does not need to toil vainly for long if he does not want to. He becomes a restricted free agent at the end of the season, when some team should judge him to be worth more than his $4.3 million qualifying offer. He will be 25 years old and coming off a season in which he added a reliable 3-point shot to his interior arsenal, which makes him the Bobcats’ best offensive post player despite standing only 6-foot-5. Some team, preferably some quality team, could use a player with his collection of skills.

Before we go any further, take the Celtics out of the picture. As we have mentioned before, Boston has more than $71 million tied up in 10 players next season, and all but Paul Pierce‘s $15 million is guaranteed. In addition, the Celtics have to stay under a so-called apron of around $74 million, depending on the final luxury tax figure, as a consequence of signing Jason Terry to the mid-level exception. The only way the Celtics add a decent complementary piece like Henderson is by making tidal changes elsewhere, in which case Henderson’s addition would not be worth all the necessary subtraction.

Quite a few teams could find a use for him, though, depending on the price. The Bulls might make sense as a sign-and-trade partner if they part ways with Richard Hamilton. The Rockets are expected to chase a big name but could benefit from a lower-cost change-of-pace swingman spelling James Harden or Chandler Parsons off the bench. The Timberwolves have been so desperate for an off-guard, they took a flier on Brandon Roy and his damaged knees. The Jazz can always use backcourt help, the Spurs may be looking for new faces to replace Manu Ginobili and Stephen Jackson, and the Thunder will be well below the luxury tax line. Possible landing spots for Henderson should be plentiful.

Wherever Henderson ends up, for his sake, it should be with a winner. Because that is how he has played for so long, even if his team’s record does not reflect it. 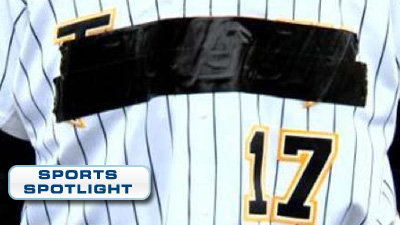 Jackie Bradley Jr. Can’t Do Anything More to Prove He Belongs in Big Leagues, Should Break Camp With Red Sox