Towson University announced Friday that the school will no longer field a baseball team after this season. The players on that team aren’t just voicing their disapproval, they’re wearing it on their chests.

The Tigers plan to cover the Towson wordmark on the front of their game jerseys with black duct tape each time they take the field this season.

Head coach Mike Gottlieb, who has led Towson since 1988 and is an alum of the school himself, said he was made aware of the cuts 30 minutes before they were announced to the public (the school also discontinued the men’s soccer program). University president Maravene Loeschke was escorted by police to the announcement press conference for fear of a violent response, according to The Baltimore Sun.

The Sun reports that the decision will eventually save the university close to $900,000 per year, while Towson will continue to honor all scholarships awarded to baseball or soccer players. But that doesn’t provide much help to any prospective major leaguers on the Tigers roster, who will now have to find a new college diamond.

Dwight Howard‘s return to Orlando went about as well as expected. “I’m just coming back when I feel normal. If that’s in a couple days, that’s great. If it’s not, I’m fine.”
–Derrick Rose, on if Bulls fans will see him in uniform anytime soon

We couldn’t pass up an opportunity to give Desmond Bryant some more face time. 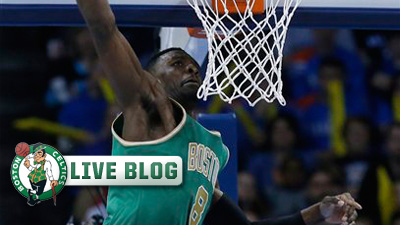