When the Patriots drafted Sebastian Vollmer in the second round of the 2008 NFL draft, the big knock on him was that he was just too big —  and look how that worked out.

Much like Vollmer, Hunt grew up abroad and is a late convert to the game of football. The 25-year-old mammoth grew up in Estonia and spent much of his early life competing as a junior world champion discus and shot put thrower. After winning gold in both events at the 2006 Junior World Championships, Hunt moved onto a new challenge on the football field.

Hunt excelled along the defensive line from the start, blocking seven kicks (one shy of the NCAA record) during his freshman season. He continued to develop with each passing year, becoming a pass-rushing menace for opposing quarterbacks and one of the best defensive linemen in college football.

Hunt’s overwhelming size, especially for an interior defensive lineman, has raised some red flags for teams wondering if it will be more of a deterrent. The injury risks and lack of leverage are definite concerns, but Hunt’s strength, speed and production are hard to overlook.

The Patriots aren’t in desperate need of interior line help, given the consistent and dominant play of Vince Wilfork, but adding a powerful force like Hunt certainly wouldn’t hurt either.

Hunt has the ability to be the best interior lineman in this draft class, which should pique Bill Belichick‘s interest, and he is capable of contributing immediately upon arrival. So, while the concerns do stand, it would be no surprise if the Patriots took a chance on Hunt like they have with so many cautionary tales before.

Editor’s Note: NESN.com will evaluate and analyze one potential Patriots draft prospect every day from March 27 up until the start of the NFL Draft on April 25. Hunt is the 11th player in that series.

He blocked seven kicks his freshman season, nearly breaking the single-season NCAA record, and blocked 17 kicks throughout his career, which also fell just two short of the all-time record. Hunt also developed into something of a sack artist as his career progressed, recording three in SMU’s 2011 BBVA Compass Bowl win over Pittsburgh and racking up eight as a senior in 2012.

Hunt is still inexperienced, having played just four seasons of football in his life, but his combination of size, speed and strength make him an athletic freak. He has the versatility to play both inside and outside on the defensive line and could put up Geno Atkins-like sack numbers from the interior line spot almost annually. He may need some time to fully develop, but even with the limited experience he’s already prepared to come in and contribute immediately.

Uncertain. Hunt is an intriguing prospect for a number of reasons, all of which could also see him come off the board anywhere from the middle of the first round to the middle of the third. He would seem to be available for the Patriots at the end of the first round, but the Colts (24th overall), Packers (26th) and Broncos (28th) are all in line for an upgrade on the defensive line, too.

Strengths: He has a really quick first step off the line. He accelerates quickly and is able to beat guards through the gaps and tackles off the edge consistently. He attacks the backfield on run plays but make sure not to over-pursue. He also refuses to give up on plays, even if they extend to the opposite side of the field.

Weaknesses: Hunt doesn’t get great leverage on initial contact at times because of his size — he stands upright off the snap too often. He struggles to gain the corner on pass rushes at times due to a lack of lateral agility. He is older than most prospects — he’ll be 26 by the start of 2013 season — and is still inexperienced in the game overall.

Scout Hunt for yourself below. 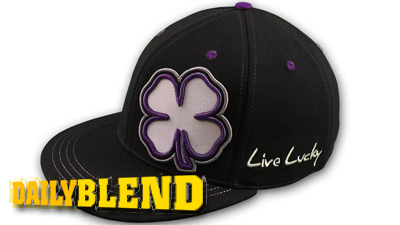