Daniel Sturridge‘s first Liverpool hat trick secured a 3-1 victory over Fulham at Craven Cottage in the Reds’ penultimate game of the season.

The Liverpool striker cancelled out Dimitar Berbatov‘s opener in eye-catching circumstances before sealing the win in the second half.

The trio of strikes from Sturridge increased Liverpool’s away goals tally to 38 for the campaign, beating the Reds’ highest Premier League record of 36. The result also caps off Jamie Carragher‘s 50th game as Liverpool captain in stunning fashion.

In a commanding opening quarter of an hour from the Reds, Philippe Coutinho was the architect of two inviting opportunities.

A passing exchange between him and Jonjo Shelvey allowed the latter to drill a goal-bound shot that was blocked, before a solo effort from the Brazilian nearly broke the deadlock.

When it appeared certain that Eyong Enoh would steal possession from the 20-year-old, Coutinho spun away from the midfielder before charging forward and rifling a fierce 25-yard drive that unfortunately flew straight at Mark Schwarzer.

Relentless pressure from the visitors continued and an incisive pass presented Sturridge with a sight of goal.

The Liverpool stalwart slid a perfectly weighted pass through to the striker who rushed his effort and dragged it past the far post.

Despite the Reds dominating proceedings, it was the Cottagers who opened the scoring shortly after the half-hour mark.

An unmarked Berbatov met Sascha Riether‘s cross with a composed header that flew into the corner.

A long, hopeful ball from deep by Andre Wisdom found Sturridge in the opposition’s box. The lively forward skipped past Aaron Hughes with ease before firing an unstoppable strike past the helpless Schwarzer and into the roof of the net.

Brendan Rodgers‘ side continued after the restart in exemplary fashion and Jose Enrique — on as a substitute for Wisdom — curled in a near pinpoint cross that was just too high for Sturridge. A minute into the second period, the full-back whipped the ball in towards the striker who had to stretch to meet it as his header soared over the crossbar.

As soon as the hour mark arrived, a period of intense activity ensued.

The first incident brought numerous claims that Lucas had allegedly handled the ball in the area. Calls for a penalty were ignored before the Reds raced up the other end of the field to break into the lead.

The energetic Coutinho hit a powerful shot that fortuitously deflected into the path of Sturridge, allowing the frontman to casually side-foot the ball past Schwarzer for Liverpool’s second.

Following this, Schwarzer was equal to two identical shots from similar positions by Sturridge, preventing the forward’s and Liverpool’s tally rising to four.

With less than 20 minutes remaining, Shelvey enjoyed even less fortune in front of goal when meeting Stewart Downing‘s cross. After controlling the ball at the back post, the midfielder lost his footing just as he prepared to strike before his eventual attempt was blocked.

Minutes later, Pepe Reina thwarted Fulham’s threatening efforts to even the scoring from a corner in heroic fashion.

Hughes met the set-piece with a glancing header towards the far post that Reina valiantly dived across to palm away.

The pulsating tempo of the encounter did not relent and substitute Fabio Borini came agonizingly close to scoring with his first contribution immediately after coming on.

The Italian raced inside before slamming a shot that crashed off the post before he was foiled by Schwarzer just a minute after.

An extravagant flick from Sturridge sent his fellow striker through before Borini’s side-footed effort was beaten away by the Fulham custodian.

With five minutes remaining, the combination of Sturridge and Coutinho brought devastating results — reminiscent of the way it has done in previous games.

An accurate pass with the outside of the Brazilian’s foot found Sturridge who calmly lifted the ball over the onrushing Schwarzer and into the gaping net to hand Liverpool a deserved three points. 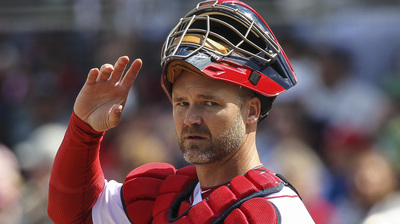