FOXBORO, Mass. — Jake Ballard has had a pretty wild year and a half.

The tight end tore his ACL while playing with the Giants midway through Super Bowl XLVI in February 2012 against the Patriots. Four months later, the Giants waived/injured the tight end, thinking he would clear waivers and be moved to injured reserve.

Of course, New England came in, swooped Ballard up, stored him on the roster and put him on injured reserve for the entire 2012 season. The veteran tight end now says that year was vital not only for rehabbing his knee but also for getting acquainted with the Patriots. Many players have difficulty picking up the offense in their first year, but Ballard got a free year to take in the system before being asked to step on the field.

“I think it helps tremendously,” Ballard said. “My first year I was on the practice squad in New York and I had a chance to study that offense for a year then came out the next year and played. That?s kind of the same thing here. I watched all last year here just looking over the playbook and mainly doing rehab. But I got a sense of what the offense is about. Now, these OTAs and meeting sessions have helped a lot.”

Ballard was hesitant to say his knee is 100 percent recovered from ACL surgery, but he said he’s doing the best he can to get there. Ballard was participating heavily in OTAs, but he’s not quite up to full speed yet.

“They?re not having me go full go the whole practice,” Ballard said. “It?s not like they?re turning me to the wolves. I talked with the trainer and the coaches, and they all tell me what I?m limited to do and what they think I?m gonna be able to do. We just gradually improve from there every week to week and day to day.”

With Rob Gronkowski out with a healing forearm and a possible back injury, Ballard has a chance to step in and get a lot of reps with the first-team offense. That will help him be better prepared if he has to step into a starting role during the season. Ballard said he can play a similar role as Gronkowski.

“I?m not really sure what Rob?s rehab situation is, but when he was in the meeting rooms, he was very helpful and gives advice, and we?d obviously watch him play,” Ballard said. “I watched him play all last year. I learned quite a bit from just how he gets open and asked him for pointers and stuff. I?d say we?re pretty similar, but Rob?s faster than me. But I think we can play a similar role.”

The Patriots have two tight end positions in their offense. Gronkowski and Ballard play the inline role, where they’re expected to block and run routes. Aaron Hernandez plays the joker role, which asks him to do less blocking and more moving around to wide receiver, H-back, running back and fullback.

If Gronkowski were to miss any time due to his injuries, Ballard is a nice piece to have, and the added reps he’s getting in OTAs should help going into the season.

“Every night I?m studying the playbook and making sure the mental aspect of the game is the easy part,” Ballard said. “I?m just trying to get out here and be comfortable running around. Playing with guys I haven?t played with. … Just trying to get on the same page with the rest of my teammates is a huge thing.”

It’s rare to be able to pick up a player of Ballard’s caliber without giving anything up in return. But that’s what the Patriots did by storing him on their roster and claiming him off waivers from the Giants. Ballard was told by the Giants that he would clear waivers and that he would be back in New York in 2012 and beyond. It didn’t exactly go that way, though.

“The first couple of days was kind of shocking and abrupt,” Ballard said. “I heard and the next morning I was on a plane to Boston. It was pretty crazy, but I?m absolutely a Patriot through and through. I?ve enjoyed being here. I?ve enjoyed being around the coaches. Everybody?s great and I?m just looking forward to getting back on the field and being 100 percent.”

It’s never bad to be a tight end in New England. Bill Belichick and Josh McDaniels seem to be infatuated with the position, and there are plenty of snaps to go around. And the Patriots couldn’t ask for better Gronkowski insurance. 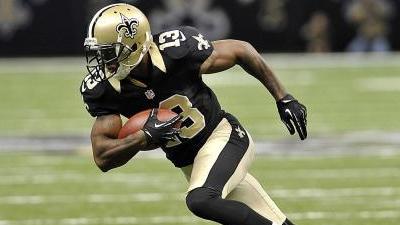 Vote: Should the National League Adopt the Designated Hitter?