Michael Buchanan Has Potential to Be Late-Round Impact Player for Patriots, Much Like Alfonzo Dennard - NESN.com Skip to content The Patriots don’t mind taking chances when it comes to the draft and, in recent memory at least, they’ve struck gold with some risk/reward types.

Cornerback Alfonzo Dennard is the first name that comes to mind when pondering risk picks that have panned out. Tight ends Rob Gronkowski and Aaron Hernandez also fall into that category. Now, Michael Buchanan is aiming to become the newest name on that list.

Buchanan, a seventh-round pick out of Illinois, is a big, long and quick athlete. He has the skills to be a productive pass rusher in the Patriots’ system, but it’s some off-field choices that both saw him fall from a potential high-round pick — as high as the first round after the 2011 season — all the way to a seventh-rounder.

A drunk driving-related arrest ahead of his sophomore season in 2010 raised some red flags early in his college career, but that was nothing an impressive 7 1/2-sack junior year couldn’t sweep aside. However, just as Buchanan’s stock reached its peak, he faltered again.

This time, a broken jaw after getting into a fight at Illinois before the 2012 season, a 20-pound weight loss and an underwhelming senior season had scouts second-guessing their evaluations.

The Patriots didn’t assume a lot of risk with the move. They merely took a late-round flier on a player with tons of talent and an equal amount of concerns. It’s the type of move few teams can make without closing their eyes and crossing their fingers, but one Bill Belichick loves to make. The Patriots’ consistent winning culture and strong base of talent affords them opportunities to take such risks and not stress over the consequences.

Division rivals like the Buffalo Bills and Miami Dolphins may not have the same sort of leeway, considering their lack of postseason appearances (Bills: zero, last in 1999; Dolphins: one, 2008) over the past decade. Meanwhile, the Patriots swung and missed on nearly all of their 13 draft picks in 2009 — Sebastian Vollmer and Julian Edelman the lone exceptions –and were back in the Super Bowl just three years later.

Buchanan signed his rookie deal with the Patriots on Tuesday, meaning he’ll be at the complete and utter mercy of Belichick and the Patriots from here on out — and that might be the best thing for him. Dennard, who similarly fell to the seventh round in 2012 because of an off-field incident, was a terrific late-round get for the Patriots and even developed into a starter on the outside as his rookie season went on. With Chandler Jones and Rob Ninkovich firmly set on the corners of the defensive line, Buchanan doesn’t seem to have a direct line to a starting job. Then again, it took a multitude of injuries and Devin McCourty‘s eventual shift to safety for Dennard to crack the lineup in the first place. So, an injury could be Buchanan’s ticket to playing time but so could some good old-fashioned quality play from now and throughout training camp.

There is no doubt that Buchanan has the talent to have a Dennard-like impact on the Patriots’ defense, even as a rookie. But whether he can add some much-needed weight, regain his form and stay out of trouble will determine how his rookie season and eventually his Patriots’ career goes.

The Patriots still need a pass rush specialist, and it’s looking more and more like John Abraham won’t be walking through that door after all. Buchanan could fill that role as well as offer depth behind Jones and Ninkovich.

There’s no guarantee Buchanan can overcome his off-field issues or even recapture his former success, but the talent is definitely there. Now, all he needs to do is follow Dennard’s lead and harness it. 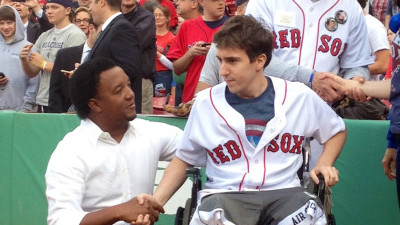 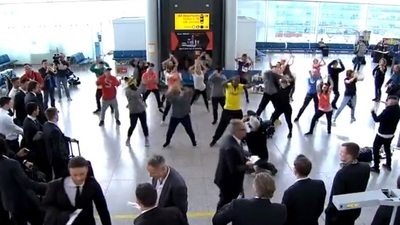