The Patriots had an open roster spot, and they filled it with a familiar face on Thursday.

The Patriots signed linebacker A.J. Edds, who was previously with the team for a short stint in 2011. Edds, who was originally a fourth-round pick of the Miami Dolphins in 2010, played in just two games with the Patriots, recording just one tackle, before being demoted to the practice squad and signing with the Indianapolis Colts.

The Patriots had an open spot on their roster after waiving rookie running back Akeem Shavers on Wednesday. 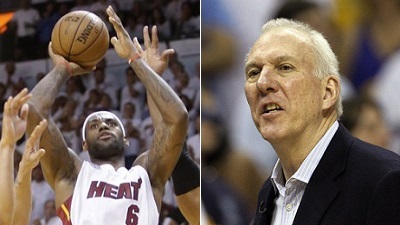 LeBron James, Heat Set to Square Off With Spurs in Battle of Superstars Versus System