It’s a pretty big night in Boston sports, but Wednesday night also marked the opening night of the season for many teams.

The mascot designers, or whoever creates those things, seem to have not taken any inspiration from actual pelicans in their design concept. The end result is a frightening clown-like creature with wings and a Pelicans jersey.

Check it out for yourself in the photo below. 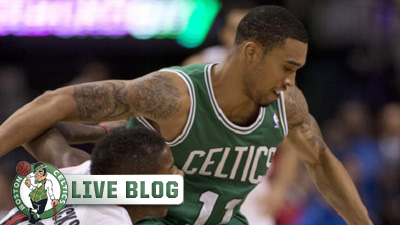