Shane Vereen Should See Even More Playing Time in Second Week Back As Patriots Prepare for Shootout With Broncos - NESN.com Skip to content FOXBORO, Mass. — It’s OK to feel as though you’re getting cheated this weekend.

Sunday night’s matchup between the Patriots and Broncos is sure to be a good one. Denver is coming off a big home win against the Chiefs and New England no doubt wants to avenge their loss to the Panthers.

But it’s difficult not to imagine what could have been. This Patriots team could have been an all-timer if Vince Wilfork, Jerod Mayo, Tommy Kelly and Sebastian Vollmer stayed healthy. The defense is still competent, but it was looking like the Patriots were finally destined for a top five or 10 unit early in the season. Unfortunately, that was also when the offense was struggling.

Then the defense got torn apart by injuries and the offense stepped up. There was no time when both units were at their best. We can only imagine how good this team could have been. We saw them at their worst against the Jets, which came after all the injuries on defense and before Tom Brady had all of his weapons back on offense.

The real question is: How far can this team get in the playoffs? Well, that’s the first question in this week’s mailbag. Let’s get into it.

Let’s remember back to 2011. That team had Wilfork and Mayo, but as an overall unit, that defense was much worse than this year’s. And that team came extremely close to winning a Super Bowl. The AFC was weak that year and it’s weak again this year.

The defense will have to play better than they did against Carolina, but they were also playing without Alfonzo Dennard and Steve Gregory in that game. Logan Ryan and Duron Harmon filled in admirably, but it’s tough to replace those two players.

Dennard is playing like a No. 1 cornerback this season and Gregory has improved by leaps and bounds this year. Like Patriots teams of years’ past, how far this team goes will probably depend on how well the offense clicks. But at least this team has a better defense than Tom Brady and his offensive unit are used to.

I don’t think Aqib Talib‘s behavior did, but his seemingly-chronic hip issues may. Talib’s hip has been a problem in the past and it doesn’t seem to be going away. The cornerback already missed three games due to the injury and came out early against the Panthers.

Talib has also never played a full 16-game season. He only signed a one-year, $5 million contract this season and while he’s set to earn more than that this offseason, it may not be as big of a contract as some may expect.

The Patriots could also choose to franchise Talib, which isn’t a terrible idea. It’s probably best to keep Talib around for one year at a time.

That’s probably fair. I think the game will be close, though.

I expect Stevan Ridley to get the most carries, but Shane Vereen could get the most touches. Vereen played 34 snaps on Monday night — more than Ridley or LeGarrette Blount. That was a bit of a surprise since he was expected to be eased into the offense coming off a broken wrist. It wound up being the third-most snaps he’s played in his NFL career.

With Ridley’s fumble issues (which are overblown, by the way), Belichick could elect to try to use Vereen as more than just a passing back. Vereen had just one carry against Carolina. He should definitely have more than that this weekend.

I think the Patriots really miss the deception of having two top-tier tight ends. So, I think they take a tight end — maybe two — early. If there’s a guy like Jace Amaro, Eric Ebron or Austin Seferian-Jenkins available, they might bite in the first round.

The Patriots could also consider taking an interior defensive lineman, depending on how they feel about Joe Vellano, Chris Jones and Armond Armstead. Cornerback and running back are always possibilities, as well.

New England hasn’t had a top-tier player next to Wilfork in the middle of the defense since Ty Warren was still around. With Wilfork getting older, it would be wise to upgrade the interior defensive line in general.

Wilfork and it’s not even close. Isaac Sopoaga has done a great job since coming to New England, but Wilfork is a once-in-a-generation player. Sopoaga won’t play very often on passing downs. Wilfork does.

As long as Alfonzo Dennard does not play, I think Talib will have Demaryius Thomas, Kyle Arrington will have Eric Decker and Logan Ryan will have Wes Welker. We could see Arrington and Ryan swapped, but since Talib and Denard went down, Arrington has been trusted to take the bigger, faster receivers, rather than the slot guys. Ryan took Brandon LaFell last week when the Panthers went three wide. Arrington had Ginn on the outside.

Of course, Arrington is used to going against Welker, they used to face off in practice. So maybe that familiarity will lead Bill Belichick to put Arrington on Welker, but I suppose it also depends on how those matchups went in Foxboro. 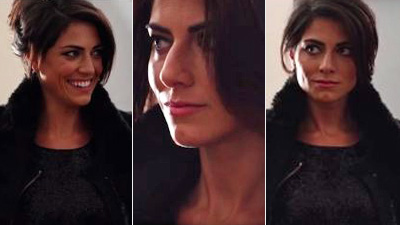