The New England Patriots are “in the mix” to select Florida defensive tackle Dominique Easley in next week’s 2014 NFL draft, a source said Friday.

The Patriots have some competition for Easley’s services, however, and they might be lucky if Easley falls to the No. 29 overall pick. The Patriots, Dallas Cowboys, Chicago Bears, Seattle Seahawks and San Francisco 49ers are likely landing spots for the 6-foot-2, 288-pound interior defender.

Teams picking in the top 15, like the Bears, could trade back in the draft to target Easley. The Gators defensive tackle, who tore the ACLs in both knees during his four-year career at Florida, received a clean bill of health at the NFL Scouting Combine medical re-check last week.

Easley drew 17 teams, including the Patriots, to his April 17 private pro day, where he did 45 minutes of foot work and positional drills. 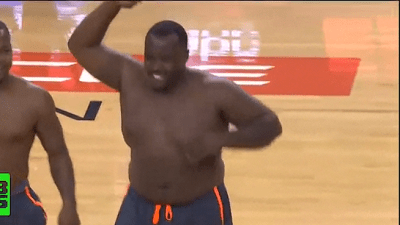