BOSTON — The Cleveland Indians salvaged a series split despite the Red Sox taking the first two games of the teams? four-game set at Fenway Park.

Nick Swisher lifted the Indians to a 3-2 win Sunday with a solo homer off Junichi Tazawa in the 11th inning. Boston spoiled a solid effort from starter Brandon Workman with a disappointing offensive showing.

The Red Sox now welcome the Minnesota Twins to Fenway for three games before heading out West. Let?s first go over some notes from Sunday?s series finale against the Tribe.

— Workman continues to make a strong case for staying in the Red Sox?s rotation even after Clay Buchholz and Felix Doubront return from their respective injuries.

Workman lasted into the seventh inning Sunday, allowing two earned runs on five hits and two walks. He struck out a season-high seven and threw 103 pitches (68 strikes). He didn?t factor into the decision.

Workman now has allowed three runs or fewer while going at least five innings in all eight of his major league starts.

— Burke Badenhop entered in the seventh inning after Workman allowed the first two hitters to reach. He yielded a sacrifice fly to Yan Gomes but otherwise did a nice job of minimizing the damage.

— The Red Sox squandered a golden opportunity to win the game in the bottom of the ninth inning.

John Axford issued back-to-back walks to A.J. Pierzynski and Grady Sizemore after striking out Daniel Nava to begin the inning. Stephen Drew struck out with runners at first and second for the second out.

Axford uncorked a wild pitch with Jackie Bradley Jr. batting to allow the potential winning run to get to within 90 feet of home plate. Axford ended up walking Bradley to load the bases, even though his 2-2 pitch seemed to grab a lot of the inside corner.

Terry Francona turned to Scott Atchison with the bags packed. Atchison retired Brock Holt on a chopper over the mound, although it required a nice play by second baseman Jason Kipnis. It was close.

— Xander Bogaerts was held out of the starting lineup because of flu-like symptoms, but he entered the game as a pinch-runner for Pierzynski in the ninth inning. In fact, the move came in the middle of Sizemore?s at-bat.

— Craig Breslow, who struggled in Saturday?s loss, issued two walks in the 10th inning but kept Cleveland off the scoreboard.

— Tazawa tried to challenge Swisher with a 2-1 fastball in the 11th inning, and Swisher yanked it right around Pesky?s Pole.

“We’re challenging him given his four previous at-bats on the day and maybe some of the inconsistencies he’s had during the season,” Red Sox manager John Farrell said after the game. “And (we) got beat on it.”

Swisher had been 0-for-4 to that point.

— Drew played well in his return despite striking out in the ninth. The shortstop had missed the last six games due to a right oblique injury.

Drew went 2-for-4 with two singles and a stolen base. He also provided his usual steady defense.

— The Red Sox are 3-6 in extra-inning games this season. 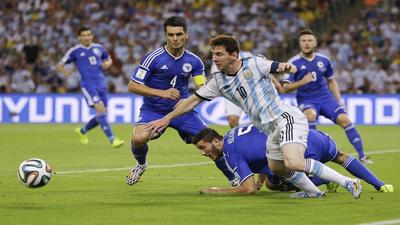