Sunday’s showdown between the New England Patriots and Denver Broncos has dominated headlines all week long. TV and radio can?t get enough of the debate. You can?t turn a corner in Boston without hearing a conversation about two of the NFL?s greatest quarterbacks facing each other Sunday.

Being in Boston, it?s easy to side with Patriots quarterback Tom Brady. He, along with a select few other sportsmen, have been the face of not only Boston sports, but of the city itself.

However, after a recent trip to Denver, I can honestly say there are plenty of reasons Bostonians might enjoy the city of Denver. Here?s why:

1. They?re wicked into sports
Denver, like Boston, is a four-sport town. Their teams — Broncos, Nuggets, Avalanche and Rockies — haven?t experienced the same recent success as Boston’s, but honestly, no city has. However, the Broncos? Super Bowl run last season and the Avs? chase for the Stanley Cup in May rallied a city in the same way Boston’s teams do every year.

In 2013, Travel & Leisure ranked Denver fifth for “most passionate sports fans.” Boston came in second. Clearly, there isn?t much separating the two cities. Those types of rankings are proof that the fanaticism is sky high — er, mile high.

2. Beer is king
Sam Adams is to Boston as Coors is to Denver. You can get Coors beer at any pub. Coors sponsors the Avs, and the Rockies play their games at Coors Field. It’s not all Coors, though. Other local breweries include Wynkoop, Breckenridge or The Great Divide, all frequently visited by locals and non-locals alike. In fact, there are 22 breweries in and around Denver and 230 in the state of Colorado. So, basically, you?re never far from a brewski. Whether your team wins or loses, you always can find a cold one on tap.

3. The sun actually comes out ? and stays out
If you?re still not convinced that Denver is just as awesome as Boston, here?s one thing you’ll enjoy no matter what: the sun. Denver gets at least 300 days of sunshine per year. Everyone?s out and about running, biking, kayaking and simply enjoying the sun. In the same T&L poll, Denver ranked No. 1 for public park and outdoor access and people who are most athletic and active. It?s probably why they?re so friendly. They?re on an endorphin high. Denver proper is home to more than 600,000 people, and don?t be surprised if they all say “hi” to you.

Hopefully right now you?re convinced that Denver is a great place to visit. You might not be packing your bags soon, but maybe a soft spot has developed in your heart for the city.

And no, you don?t have to like Peyton Manning. 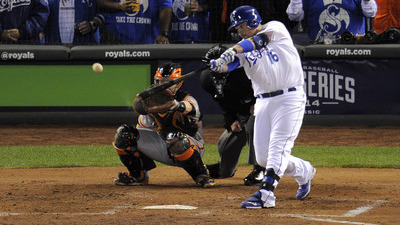