It’s not a coincidence that the Boston Bruins have started to play better with a healthier lineup.

First-line center David Krejci and No. 1 defenseman Zdeno Chara both played well in Tuesday’s win over the Nashville Predators and are starting to hit their stride after missing more than 15 games because of injuries earlier in the season.

The only regular not able to play is defenseman Adam McQuaid, who took part in Saturday’s morning skate.

The Bruins will take on the Columbus Blue Jackets on Saturday night. It’s the second and final regular-season meeting between these teams at Nationwide Arena.

Backup goalie Niklas Svedberg could start for Boston. Svedberg hasn’t played since Dec. 17 when he made 35 saves in an overtime win against the Minnesota Wild. The Swedish netminder defeated the Blue Jackets at Nationwide Arena in a shootout on Nov. 21.

Columbus will start Curtis McElhinney in net because former Vezina Trophy winner Sergei Bobrovsky is sick, per Aaron Portzline of the Columbus Dispatch. McElhinney has struggled this season with a 1-6-1 record, a .895 save percentage and a 3.49 goals against average. 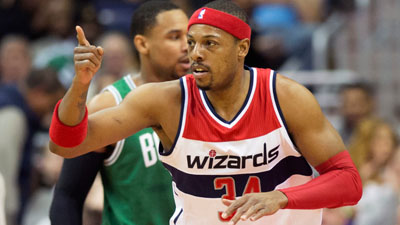