A couple of young Bruins will be kicking off 2015 in Providence.

Lindblad, who has skated in just two games with Boston this season, has tallied six goals and six assists in 29 games for Providence this year. The 24-year-old has a plus-five rating with the P-Bruins.

Trotman, meanwhile, has spent more time with the big boys, skating in 17 games with Boston compared to just eight with Providence. The 24-year-old has tallied two assists for the B’s.

Trotman and Lindblad both were scratches during Wednesday’s shootout loss to the Toronto Maple Leafs. 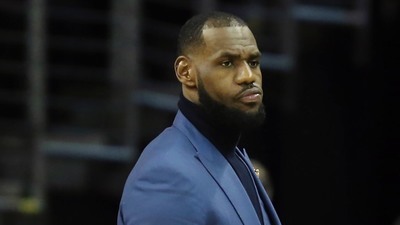 LeBron James: Talk That I Could Leave Cleveland Again Is ‘Outlandish’