Super Bowl XLIX is in the past, but that doesn’t mean we can’t still bask in its awesomeness.

The New England Patriots’ 28-24 win over the Seattle Seahawks on Sunday was a game for the ages, punctuated by Malcolm Butler’s improbable interception of Russell Wilson with 20 seconds on the clock.

It’s hard to beat that game for entertainment value, but if anything can come close, it’s listening to the players react to the most crucial moments in real time. That’s exactly what Showtime’s “Inside the NFL” delivered Tuesday night, providing footage of mic’d up players and coaches on both sides of the ball.

We begin with quarterback Tom Brady, who makes you want to run through a brick wall in his pregame speech.

OK, so that was pretty cool, but Brady reacting to Butler’s game-clinching interception might take the cake.

Yep, that’s your Super Bowl MVP screaming like a little girl after clinching his fourth title. It just doesn’t get any better than that.

Brady also tracked down the rookie cornerback after the game and deliver an awesome line in congratulations.

As for Seahawks head coach Pete Carroll’s reaction to the whole ordeal, well, let’s just say it was a bit different. 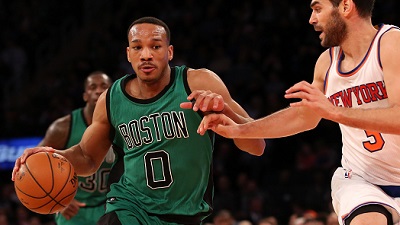