The New England Patriots are likely to ignore at least one of their needs early in the 2015 NFL draft.

The Patriots have holes to fill at running back, wide receiver, guard, defensive tackle, linebacker and cornerback. New England has five picks to address those needs in the top 101 picks — unless it trades down with its No. 32 overall pick.

In NESN.com’s latest seven-round Patriots mock draft, the Patriots are ignoring their need at cornerback until the sixth round. Find out why:

First Round (32nd overall): Jordan Phillips, defensive tackle, Oklahoma
The Patriots have checked in on nearly every top-ranked defensive tackle in the 2015 NFL draft, and their need at the position is obvious. The Patriots only were solid against the run when they were able to rotate Vince Wilfork, Sealver Siliga and Alan Branch at defensive tackle. With Wilfork gone, the Patriots have a void to fill. Add in Branch’s age and Siliga’s injury history, and the need for a young nose tackle becomes even greater.

Phillips has the size and strength to move around the Patriots’ defensive front, from 3-4 defensive end to nose tackle and three-technique defensive tackle.

Second Round (64th overall): Ali Marpet, offensive lineman, Hobart
The Patriots don’t typically draft offensive guards in the first three rounds, but since Marpet was a college tackle, he could be an exception. Marpet is extremely athletic and could be the Patriots’ future starting left guard.

Third Round (96th overall): Kenny Bell, wide receiver, Nebraska
Perhaps the Patriots will break the mold and select a wide receiver who actually fits their system, but based on their draft history, it’s much more likely that they’ll take a big, speedy, raw prospect like Bell.

He caught 47 passes for 788 yards with six touchdowns as a senior at Nebraska.

Third Round (97th overall): Kwon Alexander, linebacker, LSU
The Patriots have made it obvious they’re looking for linebacker depth this offseason, and unless they can pull of a trade (perhaps for the Philadelphia Eagles’ Mychal Kendricks?), then they’ll have to address the need in the draft.

Alexander is undersized, but he could serve as depth behind Dont’a Hightower, Jerod Mayo and Jamie Collins while contributing in special teams and nickel defense.

Fourth Round (101st overall): Mitch Morse, offensive lineman, Missouri
Morse is another college offensive tackle who could transition to guard in the NFL. The Patriots have shown interest in other Missouri draft prospects this offseason, including pass rusher Markus Golden.

Fourth Round (131st overall): Cameron Artis-Payne, running back, Auburn
The Patriots showed interest in Artis-Payne at his pro day early in the pre-draft process, and the Patriots could use another running back to compete for a backup role behind LeGarrette Blount with Jonas Gray, Tyler Gaffney and Brandon Bolden. Artis-Payne is a big back who fits the Patriots’ early-down mold.

Sixth Round (177th overall): Tray Walker, cornerback, Texas Southern
It might surprise Patriots fans to see multiple offensive linemen and a wide receiver drafted before a cornerback, but isn’t that New England’s style? The Patriots have been known to ignore their biggest needs in previous drafts (pass rusher in 2011, for example), and they have plenty of options to start at cornerback in 2015 despite lacking a true No. 1 option.

Seventh Round (219th overall): Marcus Rush, outside linebacker, Michigan State
Rush, fittingly, was a pass rusher during his time with the Spartans, but the Patriots could project him as an off-the-line linebacker in the NFL because of his size and athleticism.

Seventh Round (253rd overall): David Parry, defensive tackle, Stanford
The Patriots should look to add even more depth at defensive tackle late in the draft. The Patriots reportedly showed interest in Parry at his pro day. Parry recorded 4.5 sacks and 7.5 tackles for loss as a senior. 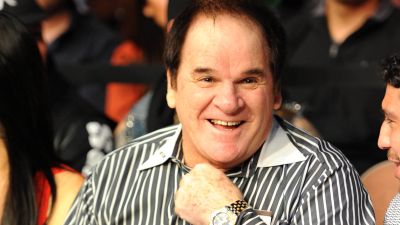 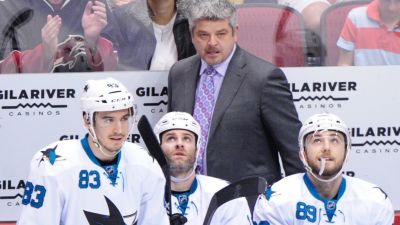