Ramirez has been heavily scrutinized amid the Red Sox?s disappointing season. His outfield defense has been atrocious and he hasn?t been much of a game-changer at the plate since suffering a shoulder injury in late April. But Ramirez made an impact Saturday in Boston?s 4-2 win over the Oakland Athletics at Fenway Park, giving the Red Sox reason to believe a hot streak is on the horizon.

?He?s an extremely talented guy,? Red Sox manager John Farrell said after the victory. ? ? I think we all recognize that he?s got the ability every day to make a huge impact in the game. He?s a dynamic player, and that showed up today.?

Ramirez opened the scoring Saturday with an absolute bomb to straightaway center field. The two-run homer off A?s starter Jesse Chavez set the tone for a productive afternoon for Boston?s offense. The Sox collected 11 hits, with Ramirez leading the way with a team-high three knocks.

The Red Sox scored two more runs in the third inning after the A?s cut their deficit in half. Ramirez kicked off the fun with a two-out single and scored all the way from first base when David Ortiz planted a line drive off the Green Monster that shot past left fielder Ben Zobrist on the ricochet. Ortiz scored moments later when Mike Napoli singled into left-center field. The big boys were motoring.

?It?s nice. It?s nice to get hits with runners in scoring position,? Napoli said. ?Hanley scoring from first, I don?t know if it?s a pretty sight. I was trying to tell him to take it easy coming into home. But it?s playing the game hard and that?s what we need to do from pitch 1 to the last out.?

Ramirez had a chance for a huge performance, but he left the bases loaded in the sixth inning and stranded two runners in the eighth inning. That inability to produce with men on base is somewhat troubling given that it goes right to the core of Boston?s season-long struggles, but the rest of the afternoon was very encouraging, particularly because Ramirez, Ortiz and Napoli — three sluggers who need to perform well for the offense to reach its maximum potential — were at the heart of the attack.

A three-hit effort doesn?t let Ramirez off the hook. The Red Sox need similar performances moving forward to escape the hole they?ve dug themselves in the American League East. But Ramirez seemingly has been taking more and more heat each passing day, and on Saturday, it looked like he used the outside criticism to his advantage. He even fielded a ball cleanly off the Monster and suggested after the game he?s feeling more comfortable in left field despite his all-too-common defensive flubs this season.

?He?s a superstar. There?s a lot expected out of him,? Napoli said of his teammate. ?There?s pressure on him every day to come through every single time. I don?t think that?s too fair, but I think he?s up to the task and wants to come through.

?He works hard and takes it serious and wants to get the job done. We all have confidence in him, he?s a great player and we?re going to need him.?

Ramirez, who has homered in three of his last 10 games after going 85 at-bats between blasts, is hitting .368 (14-for-38) in that stretch. He has recorded multiple hits in six of his last nine starts.

The phrase “Hanley being Hanley” has had a negative connotation of late, but that might soon change if the slugger goes back to being locked in like he was at the beginning of the season. 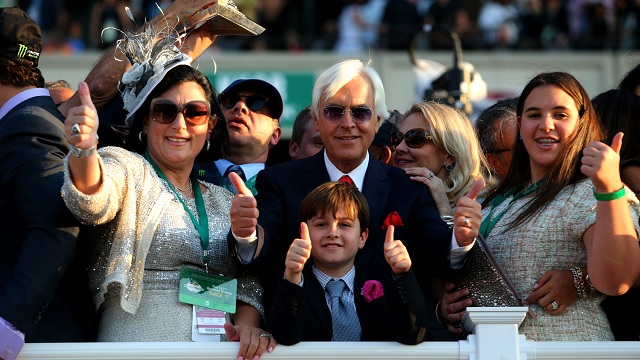