LeBron James Should Be Your NBA Finals MVP Regardless Of Outcome - NESN.com Skip to content

You can say a lot of things about LeBron James.

You can say his in-game mannerisms and off-the-court antics are obnoxious. (They are.) You can say he talks about himself too much in interviews (He does.) You can say he’s not good enough to win a championship without an elite supporting cast. (This year, it’s not looking like he will be.)

But you cannot consider yourself a basketball fan if you believe what LeBron is doing in these NBA Finals is anything short of amazing.

Through five Finals games, James is averaging (averaging!) 36.6 points, 12.4 rebounds and 8.8 points per game. He’s rode the bench for just 22 minutes all series, meaning he’s been on the court for the Cleveland Cavaliers a staggering 91.2 percent of the time.

And while the Golden State Warriors now sit just one win from their first NBA title in 40 years, the fact that this series has been even remotely competitive (the Cavs, remember, trailed by just a point with five minutes remaining in Game 5 before losing by 13) is a testament to just how transcendent a player James is.

The Warriors, who now hold a 3-2 edge in the best-of-seven, would have been a formidable foe for the four-time NBA MVP even if he had a healthy Kyrie Irving and Kevin Love by his side. Instead, he’s taking on the league’s best with one of the most ridiculous groups of spare parts ever to take the floor in a Finals.

You have J.R. Smith, who’s capable of hitting massive 3-pointers but is just as likely to wind up and slap a guy in the face; Matthew Dellavedova, the scrappiest of the scrappy, whom Stephen Curry finally put in his place with a monster Game 5; the undead corpses of James Jones and Mike Miller.

Timofey Mozgov certainly is a more-than-capable big man, and Tristan Thompson has earned himself a ton of money with his rebounding prowess in these playoffs, but everyone knew that for Cleveland to have any sort of chance in this series, James had to play like the best player in the world. And he has.

With respect to Curry, the NBA’s current MVP and driving force behind Golden State’s fourth-quarter hammer drop Sunday night, and Andre Iguodala, who’s struggled mightily from the foul line but shined in all other areas, no player has elevated his game to another level the way James has.

Hall of Famer Jerry West in 1969 is the only player in NBA history to earn Finals MVP honors in a series his team lost. Though another Game 5-esque performance from Curry could change things, LeBron right now deserves to become the second. 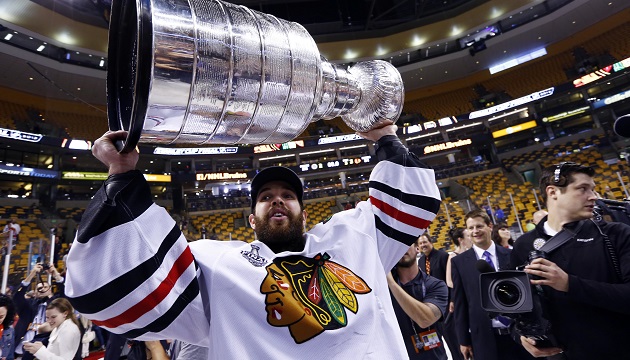 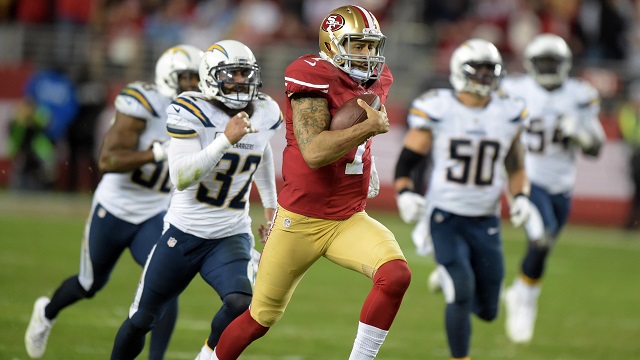 Inside The Play: Colin Kaepernick’s 90-Yard TD Made Possible By Good Play Design