The Patriots were able to kneel the ball when Garoppolo converted on third-and-7 with an impressive sidearm throw to wide receiver Zach D’Orazio for a first down. Garoppolo showed off his athleticism earlier in the drive on a 12-yard run.

Garoppolo finished the night 13 of 17 for 126 yards with one touchdown. His first drive was extremely shaky — he should have been picked off twice — but he calmed down and played very well throughout the second half.

This was a much better all-around performance by the Patriots than in their Week 2 preseason win over the Saints. Brady got the first-team offense moving to end the half, the Patriots’ defense played well against Newton, and Garoppolo gave Patriots fans a reason to be confident if Brady has to miss games to start the regular season.

Fourth quarter, 6:14, Patriots 17-16: The Patriots take the lead, but they also might have lost their starting fulback for the season.

James Develin got his foot stuck in the turf after picking up a first down on a pass from Garoppolo and couldn’t get off the field. He was carted off and many Patriots players and coaches, including Bill Belichick, gave him their best wishes before he left the field.

Stephen Gostkowski hit a 53-yard field goal to push the Patriots ahead of the Panthers.

Fourth quarter, 9:20, Panthers 16-14: The Patriots’ backup cornerbacks are starring late in this game. Daxton Swanson recorded his second pass breakup of the game, then Logan Ryan nearly had an interception and gave Webb the Dikembe Mutombo finger after the pass breakup.

The Panthers went three-and-out, and the Patriots have the ball on their own 38-yard line.

Garoppolo pushed the Patriots down the field quickly, and the Patriots scored on a 9-yard pass to running back Dion Lewis, who was lined up outside at wide receiver.

The Patriots got in the red zone on a 40-yard pass from Garoppolo to Dobson.

Lewis is making a strong case to be the Patriots’ third-d0wn back despite taking nearly all of last season off.

Fourth quarter, 12:07, Panthers 16-7: The Patriots’ backup defense allowed one first down to QB Joe Webb and the Patriots’ third-string offense then forced a punt.

Time is starting to run out for another Garoppolo comeback.

End third quarter, Panthers 16-7: Third-down back Dion Lewis continues to impress for the Patriots. Every time he touches the ball, he makes defenders miss and makes something out of nothing. He’s been the best pass-catching back on the Patriots through three preseason games.

The Patriots had to punt. Panthers returner Damiere Byrd fumbled on the return, and the Patriots recovered, but the whistle was blown before the ball popped out. It likely will be Panthers ball to start the fourth quarter.

Third quarter, 1:52, Panthers 16-7: The Panthers are doing a tremendous job draining the clock here in the third quarter. They had to settle for a field goal after Derek Anderson overthrew his running back on third down.

Robert McClain gave up a 19-yard catch on this drive. He’s the only cornerback who has struggled in this game.

Third quarter, 5:49, Panthers 13-7: Woof, Garoppolo started the Patriots’ drive with two horrible throws. He should have been picked off on two of his first three throws, but Panthers defenders dropped the passing attempts.

The Patriots picked up two first downs but ultimately stalled when they went for it on fourth-and-4.

The Panthers have the ball near midfield and Derek Anderson is in the game at QB for Newton.

Third quarter, 10:37, Panthers 13-7: The Patriots’ defense came out of the locker room looking sloppy, and they let up an easy touchdown after a long drive.

The Panthers scored from 2 yards out on pass from Newton to fullback Mike Tolbert. Patriots linebacker James Morris was in coverage and just let Tolbert get away from him.

The Patriots committed two illegal hands to the face penalties during the series, which didn’t help.

Jimmy Garoppolo is coming out for the second half. It looks like Brady’s night is over.

End half, Patriots 7-6: The Panthers let time run out after Chandler Jones sacked Newton on first down. Brady’s preseason struggles finally came to an end as New Englanders were starting to panic.

Brady finished the first half 7 of 13 for 83 yards with one touchdown and two interceptions. He also ran the ball twice for 18 yards.

Chandler has three catches for 39 yards with a touchdown in his Patriots preseason debut.

Second quarter, :50, Patriots 7-6: All Brady needed was a two-minute drill to get going.

Second quarter, 2:00, Panthers 6-0: Well, the first 18 seconds of the Patriots’ drive was positive. Brady evaded pressure and hit Chandler for a first down and 13-yard gain over the middle.

Brown had two costly drops on the Panthers’ drive, one of which would have been a touchdown over Butler’s head.

The Panthers settled for a 30-yard field goal after Brown’s second drop, which came on third down.

Second quarter, 7:52, Panthers 3-0: The Patriots’ offensive line is, uh, struggling, to put it nicely. Take out Brady’s two scrambles for 18 yards, and the Patriots have 19 yards on nine carries. They went three-and-out again and had to punt.

Second quarter, 9:06, Panthers 3-0: The Patriots’ defense has been impressive tonight. The Panthers started driving down the field, then defensive lineman Dominique Easley sacked Newton for a 12-yard loss. The Patriots forced two offensive penalties, and Fletcher was targeted on an incompletion.

Second quarter, 14:46, Panthers 3-0: The Patriots quickly forced a three-and-out on the Panthers, then the Patriots also went three-and-out. It’s been a game dominated by the defense so far.

The drive started well for the Patriots, as Jonas Gray started the series with a 9-yard run, then both Gray and Bolden lost yards, forcing the punt.

First quarter, 1:38, Panthers 3-0: Not Tom Brady’s best game. The Patriots QB threw another interception, and this one was mostly his fault. He didn’t see safety Kurt Coleman crossing the field and threw to Dobson anyway. Dobson could have cut off the defender if he had finished his route.

Brady's 2nd INT comes by the hands of S Kurt Coleman. Coleman needs to be a starter. #KeepPounding #NEvsCAR https://t.co/vkKMefUW0H

Panthers kicker Graham Gano hit a 20-yard field goal after the Panthers marched down the field. The Patriots shut down the Panthers once they were in the red zone, however. Jabaal Sheard made an impressive run stuff, and Rob Ninkovich and Devin McCourty had spectacular coverage on third down.

First quarter, 7:14: The Patriots finally got a first down — on a Brady scramble, no less — then the Patriots QB targeted Aaron Dobson deep, and the receiver had the ball ripped away from him for an interception.

First quarter, 9:41: The Patriots’ defense is on fire so far. They forced another three-and-out and showed an interesting look in their front seven, with Sealver Siliga, Malcom Butler, Jabaal Sheard and Chandler Jones on the defensive line and Rob Ninkovich, Jamie Collins and Jerod Mayo at linebacker. That could be how the Patriots get Ninkovich, Jones and Sheard on the field at the same time.

First quarter, 9:54: Another offensive drive, another three-and-out. Brady was sacked on first down, then threw out of bounds and scrambled on third down.

Brandon Bolden is getting his first preseason crack at the third-down back role. He spent a lot of time in that spot during training camp.

First quarter, 11:37: Jerod Mayo is an early star in his preseason debut. He made run stuffs on two consecutive plays, forcing a turnover on downs. Patrick Chung let up a 5 yard completion to Jerricho Cotchery, and running back Jonathan Stewart picked up a 3-yard gain.

Bradley Fletcher started at right cornerback with Tarell Brown in the slot and Malcolm Butler at left corner.

First quarter, 13:43: As has become the norm for this season’s Patriots preseason games, Tom Brady just led his offense on a three-and-out. Brady hooked up with James Develin for 7 yards on first down, then Jonas Gray couldn’t get anywhere on a handoff, and Brady missed tight end Scott Chandler on a deep target.

First quarter, 15:00: The Panthers won the toss and chose to defer to the second half. The Patriots will receive.

Oh look, it's Reggie Wayne in a Patriots uniform. pic.twitter.com/wz3ETZZPxK

Daniels also reports Tarell Brown was lined up opposite Malcolm Butler at cornerback in the starting defense.

6:52 p.m.: The Patriots have begun taking the field before tonight’s preseason game. Running back Travaris Cadet and wide receiver Julian Edelman are not among the players in uniform, according to reporters in Charlotte, but tight end Scott Chandler is on the field and appears primed to make his preseason debut.

6:43 p.m.: It sounds like Michael Williams will begin his Patriots career at tight end.

Newcomer Michael Williams is No. 85 on the roster. That's a tight end number, for those keeping track at home

Williams previously was listed on the Patriots’ roster as No. 74. Now that’s been changed to N/A, but he’s still listed as an offensive lineman. No. 85 previously belonged to Jake Bequette, who was waived Thursday and placed on injured reserve Friday.

Williams played tight end in college and offensive tackle with the Detroit Lions. The Patriots frequently use an extra offensive lineman on early downs when they want an extra blocker for the running game.

ESPN’s Mike Reiss, among other reporters in Charlotte, is reporting Wayne was the first player on the field before the Patriots take on the Carolina Panthers in their all-important third preseason game.

Wayne officially signed with the Patriots on Tuesday and practiced twice with the team before flying to Charlotte on Thursday.

The Patriots will have to cut down their roster from 84 to 75 players before their preseason finale next Thursday against the New York Giants. That means some roster competition could be settled tonight with strong performances. Check out which position battles we’ll be watching closely. 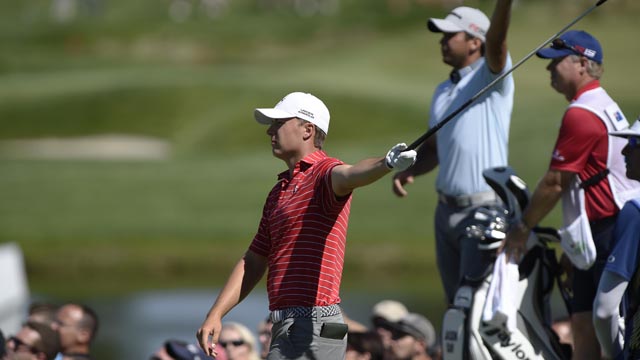 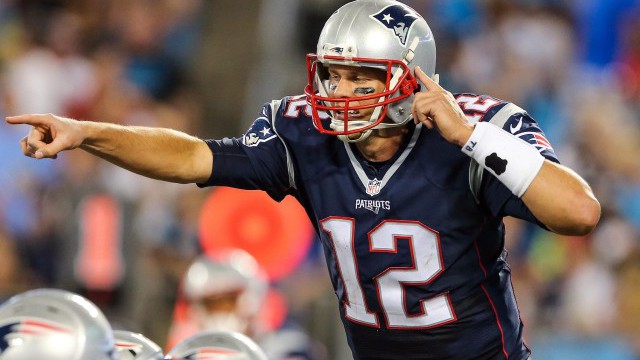