Seriously, find a replay and watch “Do Your Job.” If you’re a football fan, you won’t regret it.

There’s an “overtime” with bonus content on NFL Network right now for the next half hour. Probably worth a watch, too.

Also, NESN.com Patriots beat writer Doug Kyed wrote up a pretty great recap of some of the best moments, which was a little more in-depth than I got while watching this for the first time live. You should check it out by clicking the link below.

Click here for the best moments from “Do Your Job” >>

8:57 p.m.: Next time your wife/girlfriend/significant other wants to watch a romantic movie, watch “Do Your Job.”

Grown men, football players and coaches, talking about why it’s OK to tell the guy next to you that you love them is about as lovey-dovey and awesomely romantic as it gets. This is gold.

8:52 p.m. Butler got beat on the exact play he made the pick on several times in practice. Talk about preparation.

8:50 p.m.: The Pats hadn’t used the specific defensive alignment they used on Butler’s interception all season. That play was the first time.

8:47 p.m.: Belichick says Kyle Arrington, who the Patriots released this offseason, was a streaky player. He could get hot, but if he got beat a few times, he could be pretty bad.

Matt Patricia says the Pats used Malcolm Butler to bait the Seahawks to throw it his way. Just…wow.

8:42 p.m.: Julian Edelman’s game-winning touchdown catch? Yeah, the Patriots put that in the night before in a walkthrough in the hotel ballroom. Incredible.

Side note: HOW did Jevon Kearse catch that ball? Seriously. That’s nightmare-enducing.

Every coach agreed, saying something to the effect of “Not again.”

Robert Kraft, though? “We have no effing luck.” It’s easy to laugh off now, knowing the results, but Patriots fans would be lying if they weren’t thinking the same thing.

Of course, this all refers to memories of David Tyree and Mario Manningham’s ridiculous catches in the 2007 and 2011 Super Bowl losses to the New York Giants, respectively.

(Sorry, we won’t talk about that anymore.)

Belichick: “The thing that’s implied, but not stated, is ‘Do your job well.'”

These were the Patriots’ three major keys to the game

He says he wasn’t trying to be that, but when they conducted experiments…blah, blah, blah. You know the drill.

Belichick really is great in this, though. BB like you’ve never seen him before.

In the promo on NFL Network just before the show aired, one of the hosts said Belichick was interviewed for four hours for this special. That seems like an incredible amount of time for him to dedicate to this. Pretty awesome.

8:28 p.m.: Oh look, the Ideal Gas Law. You know, the fifth-grade science the NFL didn’t know anything about?

This is cool, though. Every coach is adamant that the team was focused like any other normal prep week — ultra focused, if you will. Deflategate was not a distraction.

8:27 p.m.: Deflategate. You know the drill. I don’t want to talk about this anymore, so I’m only writing something interesting we haven’t heard before.

8:24 p.m.: The Pats used a variation of the ineligible/eligible receivers formation again in the championship game. Left tackle Nate Solder — who just signed a contract extension with New England — caught a touchdown on the play. Of course, Deflategate broke that night, and the game was such a blowout that between that and the Super Bowl excitement Solder’s touchdown was easy to forget. Just more Belichick brilliance.

At 6-foot-8, Solder is as big as Rob Gronkowski and Scott Chandler. That’s tough to cover.

8:20 p.m.: Jonas Gray was aided by using seven linemen in the Indianapolis Colts game when he rushed for 201 yards and four touchdowns. Cameron Fleming entered as the “jumbo tight end” in those situations, and the extra blocker clearly made a difference.

Patriots running back coach Ivan Fears said they weren’t going to stop running the ball in either Indy game (the AFC Championship Game being the second matchup): “Pound the freaking ball,” he said.

8:15 p.m.: Belichick says coaches were shocked when he suggested the Edelman double pass from the Ravens game.

The Patriots almost ran the play in the Kansas City game, but Danny Amendola, who caught the pass from Edelman, called an audible based on the coverage. The second option was a quick pass to Brandon LaFell on the weak side when the Pats had a three-receiver set up top. LaFell ended up scoring on the play, and the Patriots had the trick up their sleeves when it mattered in the playoffs.

The best nugget? Belichick said when Edelman hit that pass in practice, he would come into post-practice meetings with ice on his shoulder and say “I’ve got to take care of my arm, coach.”

If that’s not the most Julian Edelman thing ever, I don’t know what is.

8:12 p.m.: Belichick is talking about the ineligible receivers play against the Baltimore Ravens in the AFC Divisional Playoff game. He says he got the idea from the Tennessee Titans, who used four skill players on the offensive line.

McDaniels explains that the coaches showed a play from an Alabama-LSU game where the Crimson Tide did something similar.

New England named the play with running back Shane Vereen as an ineligible receiver “Baltimore.” Sneaky.

Belichick admits the team, who trailed 28-14 at the time, was throwing the kitchen sink at the Ravens.

The next time they did it, they called the play “Raven,” but slightly changed the formation. Julian Edelman joked with an official, telling him they’re “getting their money’s worth” ruling on those plans.

McDaniels admits they waited until the second half so the Ravens couldn’t talk about it at halftime and adjust.

8:04 p.m. Robert Kraft just said all the stories saying Tom Brady was “done” got his “juices” going and motivated him even more.

Belichick also just said he felt confident after the Kansas City Chiefs game where the Pats lost in a blowout, prompting all those articles to be written in the first place.

Getting an inside look at the Pats coach is pretty awesome. He admitted he’s “wrong a lot,” which probably isn’t something anyone expected to hear. Offensive coordinator Josh McDaniels said Belichick’s ability to delegate responsibility and listen to ideas is one of his best qualities as a head coach.

We’ll be live-blogging NFL Network’s special, “Do Your Job: Bill Belichick and the 2014 New England Patriots.”

Be sure to check back and see what other neat things happen. Spoiler alert: The good guys win. 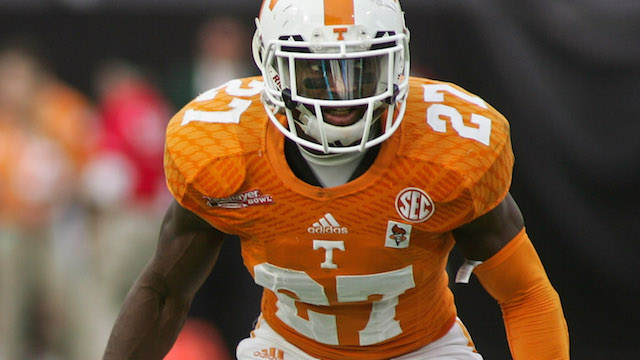 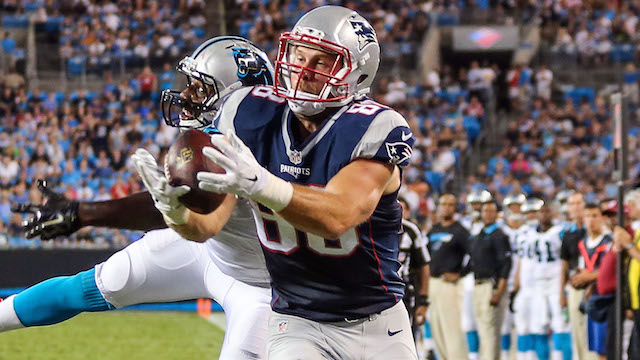