FOXBORO, Mass. — Thursday was a joyous day for New England Patriots fans, as quarterback Tom Brady’s four-game suspension was lifted, making him available for the season opener next week.

Surely, you’d think Patriots players and coaches also would be giddy to see their leader returning to action, right?

If the players in that Patriots locker room are excited, however, they sure weren’t about to tip their hands Thursday night and give any sort of indication one way or another. The Patriots’ handling of the media never wavers, apparently even when it comes to the most influential player in franchise history.

First, head coach Bill Belichick went out of his way to cut off a reporter asking the first question of the coach’s postgame news conference following the Patriots’ 12-9 loss to the New York Giants in their preseason finale.

OK, then. That’s par for the Belichick course. Nothing new there. Undoubtedly, Brady’s teammates — the guys he goes to football war with — would at least crack a smile upon the mere mention of Brady’s name.

Cornerback Logan Ryan was asked if it was good to know Brady would be back under center next week in the season opener versus the Pittsburgh Steelers.

“Yeah, that helps,” he said without any emotion whatsoever.

If anything was taken from Thursday’s game — and really, there wasn’t much — it’s that the Patriots are in midseason form when it comes to dealing with the media.

This season of HBO’s “Hard Knocks” has helped shed a little light on how the Patriots do business, thanks to Houston Texans head coach Bill O’Brien, who’s a former Patriots offensive coordinator. There’s a scene in the first episode where O’Brien is lecturing his team about handling the media. He instructs them not to ever comment on a teammate’s situation, instead always steering the conversation toward what that individual player is working on — and the more cliches the better.

Even newcomer Reggie Wayne, who the Patriots signed two weeks ago, is already well versed in the technique.

Running back LeGarrette Blount was almost defiant as he claimed he’s not really that concerned about who’s under center, saying he can work with just about anyone back there.

The fact that anyone in that locker room wouldn’t care whether Brady would be on the field seems … unlikely.

Regardless, it’s more probable than not there was maybe just a little bit of excitement in the New England locker room Thursday when they found out one of the greatest quarterbacks in the history of the game would be available to start the season. 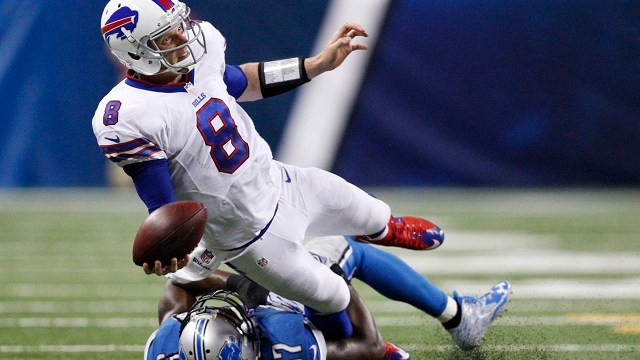