INDIANAPOLIS — The result was what everyone expected. How we got there certainly was not.

The New England Patriots beat the Indianapolis Colts by a touchdown, just like they always do. The difference Sunday was the Colts actually led at halftime, and this was a very entertaining game — not the beatdown in which the Patriots usually deliver.

The momentum of the game completely swung when the Colts attempted a fake punt in the fourth quarter that went horribly wrong.

That #Colts fake punt was like a banned #psychology experiment from the 1960s. #NFL "GUYS, JUST TRUST THE SYSTEM!" https://t.co/RpFosIes0Y

After that, the Patriots cruised for a touchdown to put the game out of reach for the Colts.

Check out who stood out for the Patriots in the 34-27 win.

The Colts keyed in on tight end Rob Gronkowski, which left other Patriots receivers open. Running back Dion Lewis obviously was affected by his abdomen injury, which opened up the door for Amendola to go off.

Gronkowski had just three catches for 50 yards and a touchdown.

DOMINIQUE EASLEY
Easley had his strongest game as a pass rusher, recording a sack.

He also had a QB hit that forced an incompletion by Andrew Luck. The second-year pro is beginning to put it all together.

JULIAN EDELMAN
Edelman caused a Tom Brady interception by dropping a pass, but then again, he also did this:

4th & 1. Handoff to Julian Edelman. He sees trouble. He somehow SPINS out of it for the first down. Wow. #NEvsIND http://t.co/ivaU9w2YU4

The receiver finished with six catches for 50 yards and a touchdown and one carry for a 2-yard first down. His impact in the game was greater, however, willing his way to first downs.

CHANDLER JONES
Defensive end Chandler Jones had his strongest performance of the season with 2.5 sacks. He also drew a holding penalty in the fourth quarter, which, really, is just as good as a sack.

The Patriots missed linebacker Dont’a Hightower, who was inactive, and Jabaal Sheard, who left midway through the game with an ankle injury, in the passing game, but Jones, Easley and Rob Ninkovich stepped up as pass rushers. 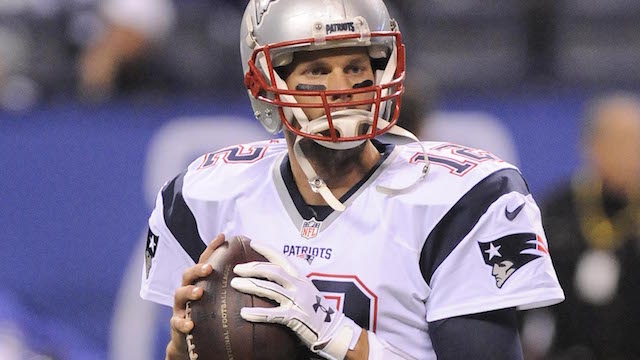 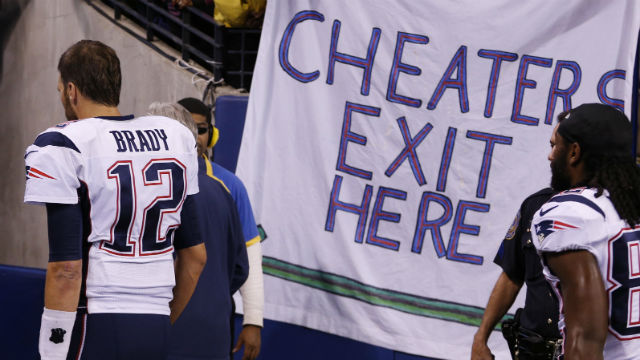