Since Belichick took over the New England Patriots in 2000, 18 AFC East head coaches have come and gone. Patriots quarterback Tom Brady believes that’s one reason for his team’s consistent success.

“I think, first of all, the NFL is a very, very tough league, and it’s a very competitive league,” Brady said on WEEI’s “Dennis, Callahan & Minihane” on Monday morning. “There’s a lot that it takes for things to go well. I think we’ve been blessed to be part of an organization where things have gone well for a long period of time.

“I know it may feel normal being here, but at the same time, I think it’s very abnormal. I think there’s very few teams who have experienced this. Certainly, with Coach Belichick, he’s truly a one-of-a-kind coach. We’ve been consistent to be together for a long period of time. Mr. (Robert) Kraft and Jonathan (Kraft), and their consistency of doing things, we’ve had the same system in place, and a lot of the same coaches — our coaching staff, offensively, it didn’t change much for a long period of time. Yeah, we might have changed a coach here or there, but we’ve still got the same running backs coach, Ivan (Fears), receiver coach has been very consistent position for us. Tight end coach changed a little bit here or there, but Dante (Scarnecchia) was our O-line coach for a long time. The consistency, I think, is so important for NFL football.

“I know the easy thing in sports now is to change coaches and then the whole scheme of players change, but I think that’s a good thing for the Patriots when that happens for other teams, truthfully. When teams change their coach, I think that’s an advantage for us. They’ve got to rebuild, and we’ve got to continue to make improvements on the things we need to improve on. I feel like we always start at a better place than these other teams because they’ve got so much ground to make up.

“If we can just keep working on — like we said earlier — working as hard as we can identifying problems, identifying the solutions, working hard at them, continue to get better, and like Coach always says, ‘Ignore the noise, ignore all the BS, focus on your job and do it,’ that’s really the system that he’s put in place. He finds a lot of players who fit into that system.

“There’s a lot of ways to be successful in this league, and our way works for us. Doesn’t work for every player, doesn’t work for every coach, but it works for the Patriots. That’s the culture that’s been in place. There’s a lot of good players, a lot of good coaches, anyone can win on every week. Over the course of 16 games, you figure out where you’re at and which way your season is heading. We’ve had a good opportunity to be in the place we’ve been in for a long time. We’ve just got to keep going.”

Brady had been asked about why Belichick’s disciples don’t find similar success in the NFL before he went off-topic with his answer.

Fears has been with the Patriots’ organization since before Belichick in 1999. Fears started as wide receivers coach before moving to running backs in 2002. Four of the five receivers coaches who have served under Belichick still are with the organization. Brian Daboll, who now coaches tight ends, took over from 2002 to 2006. Nick Caserio, the Patriots’ director of player personnel, coached receivers in 2007. Bill O’Brien, the head coach for the Houston Texans, coached wideouts in 2008 before Chad O’Shea took over from 2009 to the present.

The Dolphins might believe firing Philbin is better for their long-term future, but until the Patriots’ rivals can find consistent coaching, New England likely will continue to dominate the division. Belichick now is competing against three coaches in their first year with AFC East teams, since Todd Bowles took over the New York Jets this offseason and Rex Ryan moved from Gang Green to the Buffalo Bills. 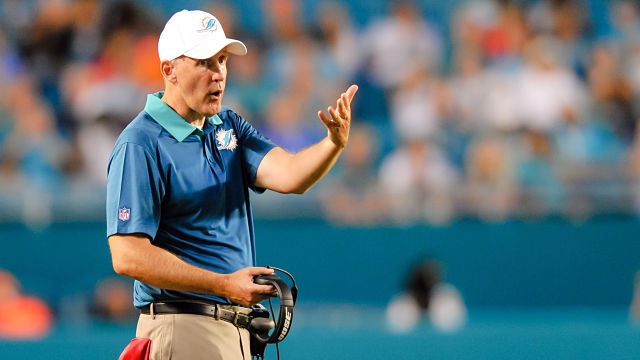 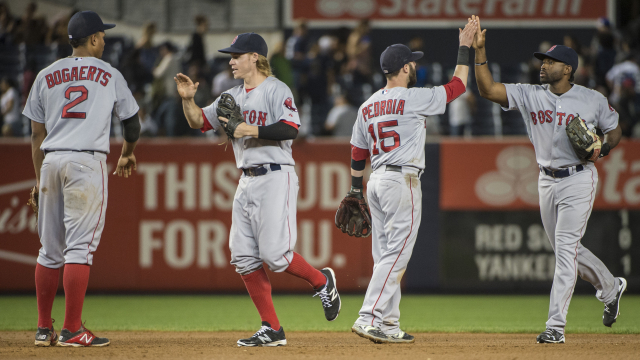