New England Patriots fans are unlikely to look back fondly on their team’s 27-10 win over the Washington Redskins.

The game will be remembered for the running back — Dion Lewis — being lost for the season, not the result, which was decided as soon as the Patriots scored on their opening drive.

It also should be recalled for impressive performances from unsung heroes, however. This wasn’t a Rob Gronkowski, Julian Edelman or Dont’a Hightower game. This game belonged to offensive linemen Cameron Fleming and Bryan Stork, defensive tackle Alan Branch and cornerback Justin Coleman.

Check out their key performances in this week’s film review:

PASSING GAME
— Brandon LaFell stood out in his third game off the PUP list. He said after the game that his foot felt better Sunday during pregame warmups than it did in Weeks 7 and 8. LaFell finished with five catches for 102 yards, and his biggest gain came on a 48-yard arm punt from quarterback Tom Brady.

— Brady had an up-and-down performance with the deep ball. He threw perfect dimes to Lewis — who dropped a would-be touchdown — and running back Brandon Bolden, who hauled in an 18-yard score. The quarterback missed two end-zone fades to LaFell, but overall it was another solid game for Brady, who threw for 299 yards and two touchdowns with one interception.

— Brady said Monday on WEEI that he didn’t see the Redskins’ defender on his pick. He was going off expectation of the Redskins’ coverage rather than execution, which is a risk.

— The Redskins didn’t do anything out of the ordinary in coverage against Rob Gronkowski. Brady targeted his tight end just five times. Gronkowski usually gets going in the second half, and by that time, the Patriots were killing the clock with LeGarrette Blount runs. Gronkowski is one of the two biggest keys to the Patriots’ success, so it’s not a terrible idea to avoid the risks attached to targeting the big tight end in blowout wins.

— Julian Edelman motioned out of the backfield and ran to the flat on his first-quarter touchdown reception, making him nearly impossible to cover. Edelman was able to get into the end zone with his quickness and toughness after the catch.

PASS PROTECTION
— Cameron Fleming played right and left tackle, filling in for Nate Solder, Marcus Cannon and Sebastian Vollmer, and held up without giving up a pressure. Fleming moved to the left side after Vollmer suffered a head injury.

— Bryan Stork played center, right guard and right tackle and also didn’t allow a pressure. It was an extremely difficult assignment for Stork coming off injured reserve, but the Patriots couldn’t have asked for a better performance from the second-year pro.

— Rookie center David Andrews gave up two hurries. It will be interesting to see who plays center between Andrews and Stork when the Patriots’ offensive line is mostly healthy again. Andrews is holding up extremely well, but Stork is a former fourth-round draft pick and might be the Patriots’ second-best blocker behind Vollmer.

RUNNING GAME
— There were gaping holes in the Redskins’ defense early in the game as it focused on Brady and the Patriots’ passing game. Lewis took advantage early, running for 25 yards on his first three carries.

— Blount ran for 129 yards on 29 carries with one touchdown. He’s not as elusive as Lewis, but he still can make would-be tacklers miss with his combination of power and agility.

RUN BLOCKING
— It was good to see Shaq Mason and his athletic pulls back in the Patriots’ offense after he missed time with a knee injury. Mason is among the most athletic offensive linemen in the NFL, and even on a bum knee, he still can move extremely well. Mason delivered a key block at fullback on Blount’s 5-yard touchdown run in the first quarter.

— The Patriots also received solid blocking from guard Josh Kline and their wide receivers. Edelman, Danny Amendola and tight end Gronkowski sealed off the edge on Blount’s 21-yard run in the third quarter.

— Tight end Michael Williams had a great game as a run blocker, and he has been a tremendous pickup for the Patriots as they deal with injuries on their offensive line. He chipped in on the left and right side, assisting Fleming and Stork.

— Cornerback Malcolm Butler had a difficult assignment against DeSean Jackson and allowed just three catches on six targets for 15 yards with one pass breakup.

— Safeties Patrick Chung and Devin McCourty shared coverage on Jordan Reed. At times, Chung would begin lined up on Reed and pass him off to McCourty as the athletic tight end crossed the field. Chung is playing at a Pro Bowl level right now and allowed just two catches on six targets for 14 yards with one pass breakup.

— Logan Ryan showed off his nose for the ball on a first-quarter interception, his 11th in three NFL seasons. He allowed 88 yards on the afternoon, but 34 came in garbage time late in the fourth quarter.

— Defensive end Rob Ninkovich had one of his better games of the season with one hurry and three QB hits.

— Chandler Jones was moved to left defensive end from the right side on the Patriots’ lone sack of the game. Redskins right tackle Morgan Moses barely laid a finger on Jones before the pass rusher brought down quarterback Kirk Cousins.

RUN DEFENSE
— Defensive tackle Alan Branch had one of his best games as a Patriot, making three high-impact plays in the run game. He quickly got into the backfield, blowing up a Redskins run play late in the second quarter, leading to a 4-yard loss. He also helped stop running back Matt Jones for just a 1-yard gain early in the third quarter. His biggest play of the game came four plays later, when he forced a fumble, which Ninkovich recovered.

— Defensive tackle Sealver Siliga had a second consecutive strong game. He lost his starting role to rookie Malcom Brown, but Siliga has been strong as a rotational player, standing his ground in the middle of the Patriots’ front seven.

— Linebacker Dont’a Hightower had a quiet game with just one tackle. Hightower was rotated out of the starting defense in the second quarter with what he described on WEEI was “a little virus.” He also wasn’t able to play as aggressively with Jamie Collins inactive with an illness. 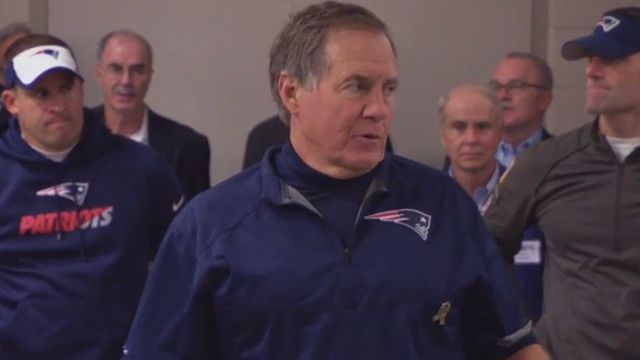 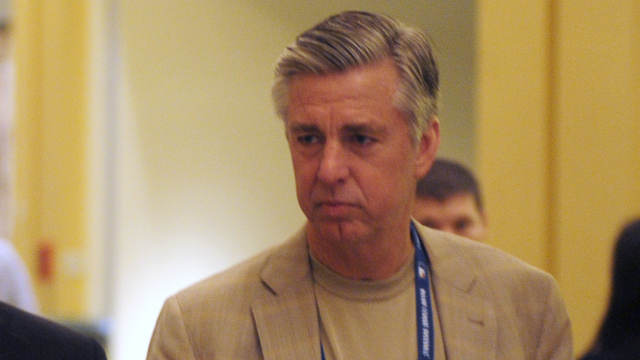