This is the best Bill Belichick story you’ve never heard.

Seth Wickersham debuted a feature for ESPN The Magazine on Wednesday examining how well the Patriots have played in seasons following Spygate and Deflategate — big scandals that, in many eyes, have tainted their legacy and reputation.

The crux of the article circles the idea that the team playing so well in 2007 and 2015 has less to do with outrage or revenge, and more to do with the simple fact that winning is just what the Patriots do.

“Back in 2007, Belichick discussed Spygate with his team exactly once,” Wickersham wrote. “Days after it broke, he issued to his players what’s become his standard rationalization — that videotaping an opponent’s signals was merely a misinterpretation of the rules — which nobody, including Roger Goodell, believed. Then he asked whether anyone had questions. Nobody did. And he moved on, promising to prepare his players the best he could, pushing those Patriots harder than any team he’d coached.”

Pushing that team is an understatement, underscored by this terrific little tidbit.

“After the Pats missed a fourth-and-inches in a 45-point win over the Redskins, Belichick told the team, ‘Fourth and the size of my d — and we can’t get the first down?'”

It’s the little things that make a big difference at 1 Patriot Place. The Patriots were seconds away from a perfect 19-0 season that year, and their 10-2 Super Bowl defense in 2015 isn’t a bad start, either.

It’s Bill Belichick’s world. No one is required to live in it, but you can be darn sure if you do, you’ll be prepared. 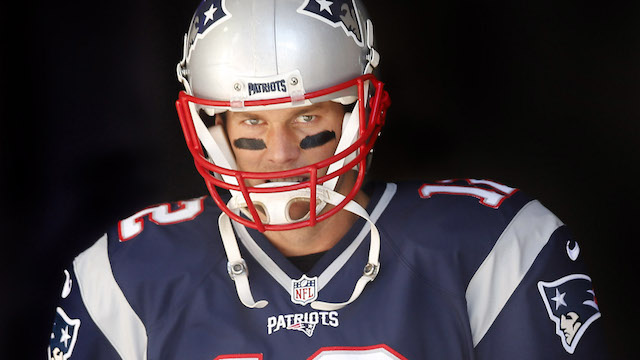