The New England Patriots lack a first-round pick, but thanks to a bevy of compensatory selections, they’ll stay busy late in the 2016 NFL Draft.

The Patriots currently are projected to have four compensatory picks after Darrelle Revis, Vince Wilfork, Shane Vereen and Akeem Ayers departed in 2015 free agency. The team needed the extra picks after losing the first-rounder because of Deflategate and trading away fifth- and sixth-round selections during the 2015 season.

Check out how the Patriots could fill their offseason needs through this year’s draft:

Second Round (60th overall): RB Kenneth Dixon, Louisiana Tech
Even if LeGarrette Blount returns as a free agent, finding a dependable big back should be a priority for the Patriots.

Third Round (92nd overall): OT Joe Haeg, North Dakota State
The Patriots should go into the draft looking for a swing tackle with the potential to start. Haeg has impressive athleticism for his 6-foot-6, 304-pound frame.

Third Round (projected compensatory pick): TE Nick Vannett, Ohio State
The Patriots need another tight end who can back up and complement Rob Gronkowski. Vannett had just 55 catches for 585 yards with six scores in four seasons with the Buckeyes, but he has the upside and athleticism to shine in the NFL.

Fourth Round: LB Joe Schobert, Wisconsin
Schobert has a little Tedy Bruschi in his game as an undersized college pass rusher who projects to stand up in the NFL.

Fifth Round (projected compensatory pick): CB James Bradberry, Samford
Bradberry comes from a small school, but he has a rare blend of size, speed and agility. The Patriots need bodies at cornerback.

Seventh Round (from Houston Texans): WR Jalin Marshall, Ohio State
Marshall caught just 74 passes for 976 yards with 11 touchdowns in two seasons before declaring for the NFL, but he flashed some versatility as a ball carrier and punt/kick returner. He has the athleticism to do damage as a slot receiver in the NFL.

Seventh Round: DT Joel Heath, Michigan State
Heath started his career at Michigan State as a defensive end before bulking up and moving to defensive tackle as a senior. He has upside as an interior pass rusher.

Seventh Round (projected compensatory pick): DE Stephen Weatherly, Vanderbilt
Weatherly is a great athlete who has moldable athleticism as either a pass rusher or stand-up linebacker. 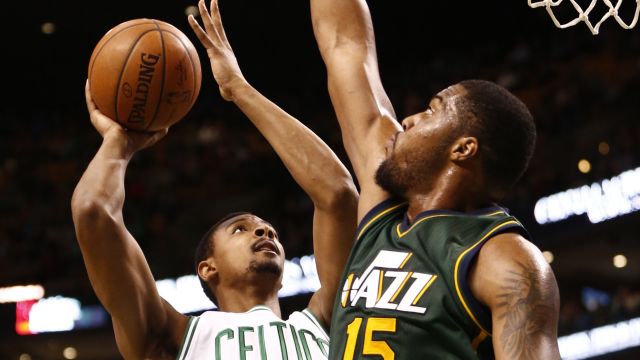