Thuney mostly played offensive tackle at North Carolina State, but the Patriots’ 2016 78th overall pick said he’s more comfortable playing guard or center in the NFL because of his length — or lack thereof.

Thuney is 6-foot-5, 304 pounds, but he has just 32 1/4-inch arms. Patriots drafted offensive tackles historically have 33.67-inch arms on average. Clint Oldenburg, who was selected 171st overall by the Patriots in 2007, had the shortest arms at 32.5 inches.

Patriots head coach Bill Belichick seemed to indicate Thuney could play offensive tackle in the NFL, however, during his post-draft news conference Saturday.

“He?s played both, and he was going to start at center, I think it was his sophomore year, so he?s actually played in there, not in the actual games but he did that,” Belichick said. “It?s a discussion we kind of had with (Matt) Light too. When we drafted Light we kind of thought that we worried a little bit about his length. My wisdom to try to put him at right tackle, try to play him at guard, he was brutal, couldn?t do anything. So, we played him back at left tackle and he had a great career.

“(Thuney’s) going to be on the shorter end of that relative to left tackles. (Logan) Mankins, we played him at left tackle a couple games in a similar situation with him. Left tackle at first, now put him inside. There were points in his career when he went out and played left tackle and played it pretty good. Could he have played left tackle? Probably, but it just didn?t work out that way. We?ll see. It?s a little different in this league than it is in college. A lot of these guys don?t meet the dimensions but (they) are still good football players one way or another so we?ll see.”

“We?ll see. We?ll put him out there,” Caserio said. “Probably put him inside, put him outside, it might depend on who he?s working with, try him with different groups. Maybe you try him at tackle with this group, maybe he works inside with this group, so I think Dante does a great job sort of moving those guys around. Ultimately we try to find what they?re best position is.”

Thuney was highly successful playing left tackle in the ACC, where he surrendered just two sacks, one QB hit and four hurries in 2015, according to Pro Football Focus.

It would seem odd for the Patriots to draft Thuney in the third round if they don’t think he can play tackle, since they already have guards Jonathan Cooper, Josh Kline, Shaq Mason and Tre’ Jackson and centers Bryan Stork and David Andrews on their roster. The Patriots need a player who can back up starting offensive tackles Nate Solder and Sebastian Vollmer and potentially replace the latter when his contract runs out after the 2016 season. 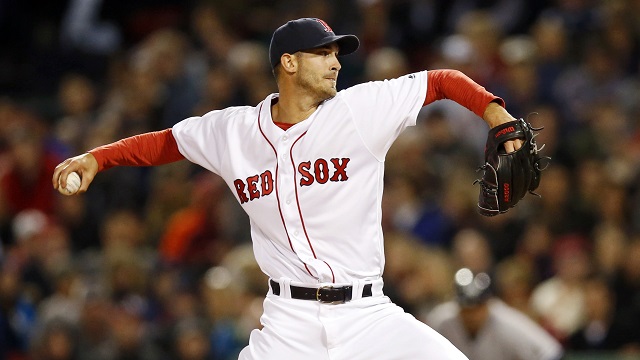 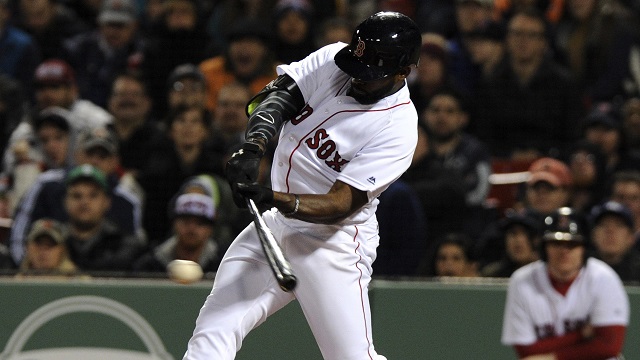